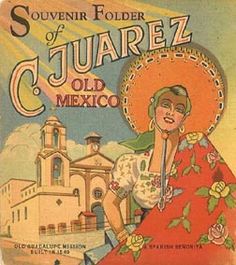 A friend called to point out that major relief efforts in Mexico, which is suffering because of the Chinese Plague, are being carried out by drug cartels. I said, “sure, who do you think runs Mexico?”

Winning hearts and minds was a cartel strategy from the beginning. After all, most cartel leaders did not descend from the elite of Mexico, they came from the peasant class. A lot of them remembered their roots.  And I don’t think that the giving back has all been a cynical calculation.

President Lopez-Obrador canceled the war against the cartels on the day he took office and he’s stayed bought, sitting on the throne as a cat’s paw of powerful interests.

(Fox News) Mexico’s drug cartels are in a war for the hearts and minds of poor Mexicans, providing them with food and supplies as they struggle to survive the economic meltdown caused by the coronavirus pandemic.

Since the coronavirus struck Mexico, a plethora of videos and photographs uploaded to social media have shown what appear to be cartel operatives in about a dozen states handing out food packages marked with the logos of the different criminal groups to lines of Mexicans. In some cases the videos show the food being distributed by heavily armed men, driving in military-style trucks with cartel markings.

The videos couldn’t be independently verified, but the locations, dates and scenes of some of the videos were consistent with the purported relief efforts of one of Mexico’s most powerful criminal organizations, Cartel Jalisco Nueva Generación, according to an analysis by Storyful, a social media intelligence company. Storyful is owned by News Corp, parent of Wall Street Journal publisher Dow Jones. Mexican government officials also confirmed the aid efforts by the cartels.

President Lopez-Obrador’s Communist Party (PRD) that is presently in power in Mexico has presided over an unprecedented drop in the value of the Mexican Peso. The day he took office it lost 25% of its value and it has continued a death spiral. The Mexican Peso is currently trading at between 24 and 25 to the US Dollar. Unlike the Chinese currency (RMB), the Mexican and US currencies float on the market, which means that the values change based on economic conditions. Nobody sees a bright future for the Peso. Drug cartels trade in US Dollars. And if you don’t know why, you should find another blog.

When the Chinese Plague struck Mexico, President Lopez-Obrador openly stated that his communist allies in China would provide what protective equipment and medicine was needed. Naturally it turned out to be another Chinese lie. At present, the Mexican Army (SEDENA) manages ALL protective equipment that comes into Mexico. If you try and import it, the materiel will be seized and you will be arrested. It’s all about mordida (the bite). If you don’t pay the 100% bribe to the Army, it doesn’t come in. And so far, very little has come into Mexico…unless it arrives via drug cartel.