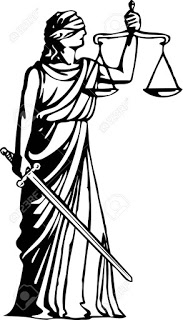 The allegations of misconduct against Judge Brett Kavanaugh are spurious at best. There is not ONE SHRED of evidence that he did what one heavily coached woman says that he did 36 (or 35) years ago. The woman herself had a drinking problem in high school, her memory is foggy. People who she says were present when the Judge tossed her onto a bed (fully clothed) and never unclothed her, in the presence of classmates, deny that the incident ever took place.
The law does not provide for victims to use a way-back machine and bring matters from the dim and distant past forward for prosecution (treason, murder, etc. are exceptions to the rule). There is a statute of limitations for a reason. When a statute of limitations expires in a criminal case, the courts no longer have jurisdiction. In civil law, similar provisions known collectively as periods of prescription.  An accused can not have a fair trial. Some nations have no statute of limitations whatsoever, but in the United States, they exist.

(Fox News) Authorities in Maryland on Friday said they were prepared to conduct a state-level criminal investigation into sexual assault allegations against Judge Brett Kavanaugh — provided that a victim comes forward.
The disclosure by Montgomery County Police Chief J. Thomas Manger and Montgomery County State’s Attorney John McCarthy came Friday, the same day that President Trump ordered the FBI to conduct a limited “supplemental” investigation.
But Manger and McCarthy noted that prosecution was unlikely in Maryland because authorities would have to apply the law that existed at the time of the offense, not the law that exists now, Baltimore’s FOX 45 News reported.
“For example, in 1982, assault and attempted rape were both misdemeanors and subject to a one-year statute of limitations,” they wrote.

“To date, there have been no criminal reports filed with the Montgomery County Department of Police that would lead to the initiation of any criminal investigation related to Judge Kavanaugh,” they wrote.
Democrat Party leaders asserted that they could act as victims in this case, and could prompt the launch into an investigation, but if there is a crime, there needs to be a victim. In the case of murder, it’s different. But no murder was alleged, no matter how much the Democrats want one. Christine Blasey Ford would need to go to the County Police and make a crime report. It would read something like this:
At an unknown location in Montgomery County (MD) in the summer of 1982 or 1983, Victim Blasey attended a pool party with other minor high school students where alcoholic beverages were consumed.
During the course of the party, a sexual battery (unwanted touching) occurred.
A review of documents of the victim’s statements indicate that she related several different versions of the same events over the past four years (35 or 36 years after the fact).
Her present recollection after undergoing psychiatric counseling is that Suspect Kavanaugh and Judge were responsible for pushing her onto a bed and holding her down against her will for a period of four or five minutes. Based on victim statements, there was no flesh-to-flesh contact.
The Montgomery County District Attorney would reject the case based on insufficient evidence and the statute of limitations, which ran 34 or 35 years previous to the report.
But the Democrats don’t care about that, because this is not about the good name of Judge Kavanaugh, or Dr. Blasey Ford, who was a pathetic drunk. They are playing for time, hoping that a big Democrat win in November will mean a vacant seat on the Supreme Court until they get into power in 2024.