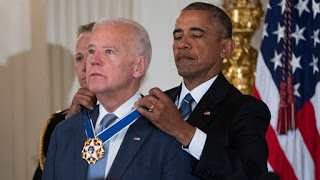 Facebook
Twitter
Pinterest
WhatsApp
An Upended Apple Cart
All American political Parties are corrupt. The Principal Parties (Democrat and GOP) man the ramparts of the swamp, by which they can become fabulously wealthy. (i.e. Barack Obama entered the White House with a couple hundred thousand dollars in the bank and left with well over a billion).

The Libertarians seem to focus on how cool it would be to do drugs and not get arrested. However when it comes to who will care for the millions of shiftless, brain-dead druggies, they waffle on the answer and betray their anti-government sentiments.

The Communists/Socialist/Nazis and the Green Party are more morally bankrupt than the Democrat Party and you have to work hard to become that.

And President Trunp – running as a Republican but not taking their advice – screwed up the system that has been carefully crafted for so long. It’s no wonder that the corrupt, elite, sly, media (Voice of the Swamp) hate him. There are a lot of people who were betting their political futures on Hillary Clinton and an extension of the Clinton Dynasty. Just look at the long list of foreign donors that Hillary arm-twisted into contributing to the Clinton Foundation in the hopes of gaining political influence. The nation was on the auction block and then President Trump won –  and it wasn’t anymore.

The Republicans, who built their personal fortunes on campaign contributions against the Democrats no longer had an enemy (other than Donald Trump).  The political patronage that had become endemic in the pay-to-play Obama Whitehouse suddenly ended.

But fear not, Satan’s Vaticans (Harvard, Yale, etc.) continue to turn out lawyers who know what’s good for you. From within political office, they can take your money and “help you” and they’re confident that they will win in the end.

Plate tectonics have kept Earth’s core molten and spinning. The arrangement makes massive radiation belts possible and their influence makes life on Earth possible. So understanding how they work, how they formed, etc. is interesting to creationists and evolutionists alike.

Plate Tectonics
A new study suggests that plate tectonics — a scientific theory that divides Earth into large chunks of crust that move slowly over hot viscous mantle rock — could have been active from the planet’s very beginning. The new findings defy previous beliefs that tectonic plates were developed over the course of billions of years.
The paper, published in Earth and Planetary Science Letters, has important implications in the fields of geochemistry and geophysics. For example, a better understanding of plate tectonics could help predict whether planets beyond our solar system could be hospitable to life.

“Plate tectonics set up the conditions for life,” said Nick Dygert, assistant professor of petrology and geochemistry in UT’s Department of Earth and Planetary Sciences and coauthor of the study. “The more we know about ancient plate tectonics, the better we can understand how Earth got to be the way it is now.” 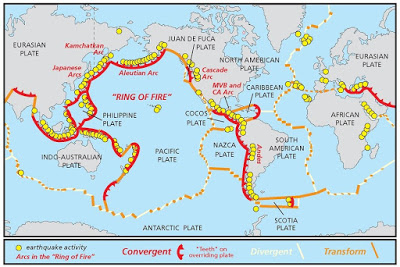 For the research, Dygert and his team looked into the distribution of two very specific noble gas isotopes: Helium-3 and Neon-22. Noble gases are those that don’t react to any other chemical element.
Previous models have explained Earth’s current Helium-3/Neon-22 ratio by arguing that a series of large-scale impacts (like the one that produced our moon) resulted in massive magma oceans, which degassed and incrementally increased the ratio each time.
However, Dygert believes the scenario is unlikely.

“While there is no conclusive evidence that this didn’t happen,” he said, “it could have only raised the Earth’s Helium-3/Neon-22 ratio under very specific conditions.”

Instead, Dygert and his team believe the Helium-3/Neon-22 ratio raised in a different way.
As Earth’s crust is continuously formed, the ratio of helium to neon in the mantle beneath the crust increases. By calculating this ratio in the mantle beneath the crust, and considering how this process would affect the bulk Earth over long periods of time, a rough timeline of Earth’s tectonic plate cycling can be established.
“Helium-3 and Neon-22 were produced during the formation of the solar system and not by other means,” Dygert said. “As such, they provide valuable insight into Earth’s earliest conditions and subsequent geologic activity.”