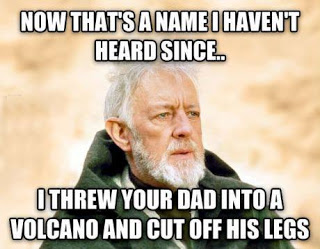 Besides cleaning up the mess from Christmas (or if you’re in Britain, today you can open the boxes that Father Christmas brought yesterday)…..

Today is also a good day to join the throng of people who are going to watch Star Wars. If you haven’t seen the popular and immensely profitable Episode Seven, here are a few hints.

The new Darth Vader is far less competent than the old Darth Vader. I don’t know why that is, but it is. He almost looks ‘retarded’. I know that’s not a politically correct term, but that is my impression and I have to run with it. Maybe ‘developmentally disabled’ is better for those haters out there who will take exception with my characterization.

The new evil general is something like eighteen years old…and doesn’t seem nearly as wicked as what we have become accustomed to. I don’t get it, but I’m sure that all will be revealed in coming episodes in the ongoing struggle between good and evil! 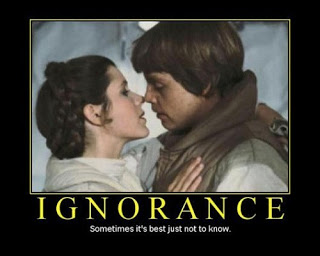 It’s a new galactic empire but all of their toys look the same with an even larger Death Star complete with cannon. In fact, it’s almost a cut and paste remake.

The new person, strong in the force, is Daisy Ridley, who is much better looking than Mark Hamill (Luke Skywalker), who at age 64, didn’t age all that well.
If characters weren’t killed off in the previous six episodes of Star Wars, they’re back in this, the seventh incarnation of tales from long ago in a far away galaxy.
The cast includes Carie Fischer/Princess Leia Organa (pictured with young Mark Hamill, left), who married Harrison Ford/Han Solo, and together had a son who disappoints them in the film. 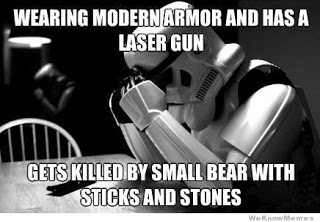 Then there is Finn, a black guy who decided not to be a storm trooper anymore, who is curiously attracted to Daisy Ridley, but who I hope is not her brother in some strange, twisted, Starwarzian way. Call me old fashioned because I am.
But maybe they are brother and sister because neither knew their true parents and with Star Wars, history repeats – A LOT. When you see the film, you’ll get my point and I don’t think that I’m spoiling anything.