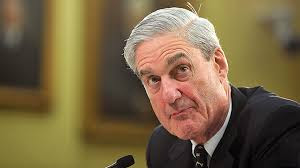 Facebook
Twitter
Pinterest
WhatsApp
This blog explores the improbable from time to time, but in situations such as the topic today – it may be more plausible than you think at first blush.
In a field of the lame, sick and lazy such as Old Slow Joe Biden, Poke-a-haunt-us, The Ancient Communist, Spartacus, the Creepy Porn Lawyer, and Crooked Hillary, who says it’s still Her turn, the Donkeys may turn elsewhere to draft a candidate. I’m going to suggest that it may be Robert Mueller, Special Counsel, former FBI Director and Democratic Party operative.
Hillary may contend that she has earned the presidency. She’ll point to the bodies she’s left in her wake and the Clinton Foundation, which received hundreds of million dollars in contributions from foreign potentates while she was Secretary of State. Are those qualifications to lead? Hillary thinks so. But there hasn’t been anyone who has carried the Democrat Party’s torch the way that Robert (Bob) Mueller has over the past two years.
Mueller has a witch (Hillary) to target and he avoids that like the plague while plunging forward in different directions in the hopes of twisting the innocent to either tell the story he wants to hear or face personal financial and professional ruin.
In a world where some pigs are more equal than others, Mueller rises head and shoulders above fellow attorneys Creepy Porn Lawyer and Crooked Hillary. If he joined with Spartacus for VP, he might be unbeatable.