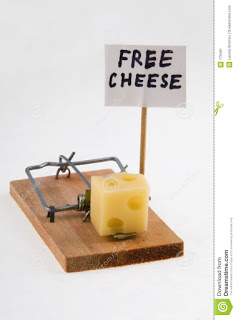 Facebook
Twitter
Pinterest
WhatsApp
You all know that the government (meaning both Congress and the Executive Branch) plan to cut checks for many Americans. And since it will be means tested (full disclosure), I won’t get a penny from Uncle Sam. So you might say that I don’t have a horse in the race. Maybe I should shut up? Right, fat chance of that happening.

I have no problem with unemployment insurance for workers who have been laid off because of COVID-19. You were working, now you’re not. You collect until things get back to normal in sixty days – maybe less.  But that’s not what is in the works.
It’s a free cheese hand-out that will buy votes from a class of people who may or may not be working and can be influenced to vote for the Republican benefactor, at the expense of the national debt. In effect, the USGOV is buying a vote with your money. And it’s pretty filthy.
Many businesses including small businesses carry ‘business interruption insurance’ and floods, tornadoes and such are mentioned. Pandemics are not. USGOV can protect them by extending Pandemics into the items that are covered and the insurance kicks in. That problem is solved by a stroke of the pen.