A Surge in Violence (part one) 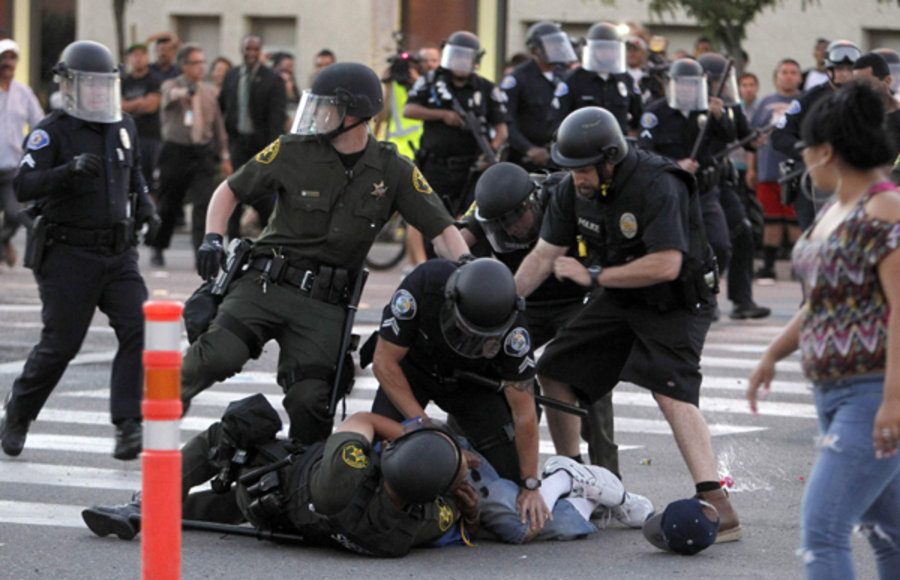 The Attorney General has made an announcement. The words below are his.

Today, Attorney General William P. Barr announced the launch of Operation Legend, a sustained, systematic and coordinated law enforcement initiative across all federal law enforcement agencies working in conjunction with state and local law enforcement officials to fight the sudden surge of violent crime, beginning in Kansas City, MO.  Operation Legend was created as a result of President Trump’s promise to assist America’s cities that are plagued by recent violence.
Operation Legend is named after four-year-old LeGend Taliferro, who was shot and killed while he slept early in the morning of June 29 in Kansas City, the latest in a string violence to plague Kansas City in recent weeks.  Kansas City has already reached 100 homicides this year, a 40 percent increase from last year.
“President Trump has made clear: the federal government stands ready and willing to assist any of our state and local law enforcement partners across the nation responding to violent crime.  Operation Legend will combine federal and local resources to combat the disturbing uptick in violence by surging federal agents and other federal assets into cities like Kansas City, a city currently experiencing its worst homicide rate in its history,” said Attorney General Barr.  “The Department’s Operation Legend is named in honor of one of Kansas City’s youngest victims, four-year old LeGend Taliferro who was shot in the face while sleeping in his bed.  LeGend’s death is a horrifying reminder that violent crime left unchecked is a threat to us all and cannot be allowed to continue.”As part of Operation Legend, Attorney General Barr directed federal agents from the FBI, U.S. Marshal Service, DEA and ATF to surge resources to Kansas City in the coming weeks to help state and local officials fight the surge of violent crime.  They will be working alongside state and local law enforcement agencies. Department of Justice assets will include over 100 FBI agents, U.S. Marshals, DEA agents, and ATF agents.In addition, Timothy A. Garrison, U.S. Attorney for the Western District of Missouri will be surging additional resources from his office to ensure he is able to handle an anticipated increase in prosecutions.

Not all parts of the US are experiencing a violent trend. These areas seem to be concentrated in those areas currently under the control of Democrat leadership. The Democrat Party requires that mainstream Democrat politicians, vocally and openly, to announce their opposition to law and order, and their support of murder, anarchy, arson, and infanticide, and other forms of peaceful protest.

This is not me sounding extreme. The evidence is all around us. If you live in a Democrat run state or city, you’re in the middle of it whether you want to be or not.

The Bolsheviks, organized by George Soros, Jeff Bezos, and other Zillionaires, having gathered all the money Black Lives Matter has obligingly collected for them, are funding riots and electing idiots and using young know-nothings to clobber the Trotskyites among them.

The riots are burning down black and minority neighborhoods to punish the black for being uppity, and not voting for Hillary in great enough numbers.

The Zillionaires, have had stores and shops and pharmacies burned out and run off of minority neighborhoods, and meanwhile the mayors order the police to stand down.

Was a single hungry child fed, because these Marxists pulled down a statue of Christopher Columbus? Was a single injustice rectified by withdrawing the police from the ghettos and streets?Please stop giving the Left the benefit of any doubt: they know socialism does not work to eliminate poverty or grant equality.

They know socialism does work, and works like a charm, to have the greater mass of mankind sell their souls and kiss their chains. What other power could get a police chief to bow on his knees as a votary before a pagan god, only to have those to whom he bowed beat him over the head and shoulders a week or so later?