Shall We Discuss Saudi Nukes? 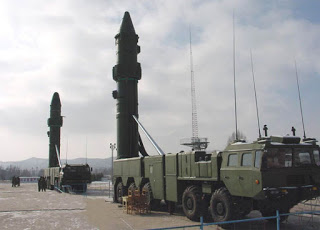 Facebook
Twitter
Pinterest
WhatsApp
No, that wasn’t click bait (above) but it’s been very quiet in North Korea – crickets only – since the announcement that there would be talks between President Trump, President Moon and the dear, respected, fat kid with the bad haircut. Not a peep out of North Korea, which might mean almost anything from “the generals killed the Kim”, to an internal struggle, to ‘spring break’.
North Korean Foreign Minister arrived in Sweden. North Korean Foreign Minister Ri Yong Ho arrived in Sweden on 15 March for a two-day visit. The government of Sweden said that talks with Swedish Foreign Minister Wallstrom will focus on Sweden’s consular responsibilities as the protecting power for the US, Canada and Australia.
North Korea has made no comment on the visit or on the proposed meeting with the US President. North Korea also has not commented on a meeting with South Korean President Moon next month.
Foreign Minister Ri’s visit to Sweden is the first significant diplomatic action anywhere since 6 March. Sweden’s role as the protecting power for US interests is the basis for speculative news commentary that Ri’s visit is connected to Kim Jong Un’s invitation for talks with the US.
Ok, NOW we can talk about the Saudis
This past week Saudi Arabian Crown Prince Mohammed bin Salman provided the public with two Saudi senses of nuclear power. On 14 March, he approved a nuclear policy for Saudi Arabia to reduce the Kingdom’s reliance on oil for power generation. The policy limits nuclear activity to peaceful purposes.
On 15 March, Prince Mohammed revealed the other Saudi sense of nuclear power. He told a press interviewer, “Saudi Arabia does not want to acquire any nuclear bomb, but without a doubt if Iran developed a nuclear bomb, we will follow suit as soon as possible.”
The nuclear power generation policy is a long-term energy policy. The warning about developing nuclear weapons has a more immediate, albeit contingent, context.
Saudi Arabia already has a strategic missile force with ballistic missiles that can deliver nuclear warheads to regional targets. The Kingdom obtained CSS-5 medium range ballistic missiles (same as the DF-21) from China starting in 2007.
Those replaced older and less capable CSS-2 ballistic missiles which Saudi Arabia possessed during the first Gulf War in 1990 and 1991 and operated with Chinese assistance. The missiles reportedly were aimed at Iraqi targets at that time, but probably have since been reoriented to targets in Iran.
In the past, Saudi leaders have insisted that their missiles would only carry conventional warheads. Prime Mohammed’s warning indicates that the Saudis would change that policy if the Iranians changed theirs.
My sense is that the Saudis have already acquired nuclear warhead technology from Pakistan or China. Whether that has resulted in the delivery of a nuclear warhead that could be fitted to their Chinese ballistic missiles is something that I will leave to the imagination of the reader.  Iran would relied/relies on assistance from North Korea.
In the past, several other Arab states indicated they would follow the Saudi lead.
Prince Mohammed is likely to receive significant criticism of his warning from the non-proliferation activists and the European signatories to the Joint Comprehensive Plan Of Action (JCPOA), also known as the Iran nuclear deal. Mohammed’s statement may be interpreted as encouraging those entities who seek to renegotiate the JCPOA for a better deal.
If Iran opted for nuclear weapons, Saudi Arabia would have no choice but to do the same or accept regional domination by Shiite Iran. It’s a rough neighborhood and promises to get rougher.
The Saudi Crown Prince’s warning also is a manifestation of the trend toward military self-sufficiency in defending the Kingdom. Crown Prince Mohammed does not trust the Kingdom’s security to a US or NATO nuclear umbrella.
The Obama Years convinced the Saudis that the US could not be trusted. CNN/MSNBC’s consistent call to impeach President Trump doesn’t give them a warm feeling about US reliability. So they will have their own nuclear package to deter Iran. It makes sense.