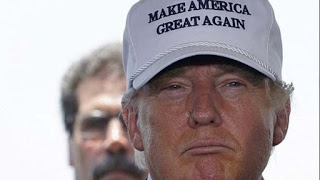 (WaPo) President-Elect Donald Trump — who said he has a concealed carry permit — called for the expansion of gun rights Friday, including making those permits applicable nationwide.

In a position paper published on his website Friday afternoon, Trump called for the elimination of gun and magazine bans, labeling them a “total failure.”

“Law-abiding people should be allowed to own the firearm of their choice. The government has no business dictating what types of firearms good, honest people are allowed to own,” Trump wrote…

“Opponents of gun rights try to come up with scary sounding phrases like ‘assault weapons’, ‘military-style weapons’ and ‘high capacity magazines’ to confuse people,” Trump wrote Friday. “What they’re really talking about are popular semi-automatic rifles and standard magazines that are owned by tens of millions of Americans.”

Trump said in the paper he has a concealed carry permit. The permits, which are issued by states, should be valid nationwide like a driver’s license, Trump said.

Naturally, the Washington Post is appalled that a president or a president-elect in this case, would call for the proper implementation of the Constitution. It speaks volumes for the sort of jurist(s) that he will appoint to the US Supreme Court.
The Washington Post and other leftist rags have called the slogan, “Make America Great Again”, ‘hate speech’. They suggest that it’s misogynistic, racist, likely homophobic and Islamophobic. Clearly, America has a different approach to the issue than they do — and it drives them mad.