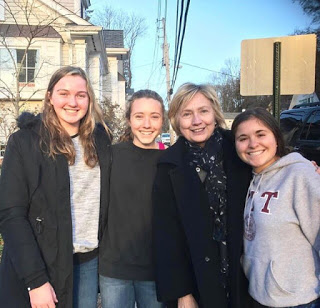 I groaned when I began to write this. The Dem’s wet dream is yet another Hillary run for the White House when she’s 74. She clearly has old money, but would anyone donate new money to get her moving. Then again, they are throwing money at Jill Stein, so why not the Bitch of Benghazi?

(Fox News) A third presidential run — after two grueling campaigns that both ended in defeat to a rival political sensation who captured the imagination of voters — could be a stretch for the former secretary of state, senator and first lady.
But after a brief period of reclusion, Clinton is slowly but surely appearing more in public, and in ways that indicate a political and public future of some sort.
One clue that her team wants to keep its cachet with millennials is the viral sensation surrounding pictures of her spotted by her Chappaqua home — in the woods, at the grocery store and elsewhere.

Maybe the next Congress will take up the matter of the Clinton Foundation and drive the stake into the vampire’s chest once and for all…or at least until Chelsea Clinton runs for President.
Red Tape – and Harbor Trout Some of you have followed the White Wolf Mine project. I had no idea that an alternative septic tank design system was as involved as it is. Perhaps I can be forgiven my naive mindset. I’m a city dweller in an area where you just tap into the sewer line and begin flushing. The politics of septic design (you need a licensed designer), getting in line for a design, the soil sampling, the county involvement at all phases. Just the drip lines take up nearly a quarter acre. Then there are multiple redundant tanks, multiple filtering systems, and several hundred feet of PVC.  The county permitting process is Byzantine in the extreme, with multiple layers of inspection during the construction process to insure that a harbor trout doesn’t break free.

An outhouse/privy/guest cabin is a lot simpler and a lot cheaper. 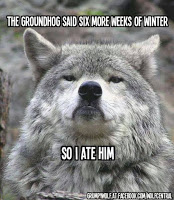 I was told on day-one that the cost of the alternative septic system which the county mandates would be $25K to $30K. Now I have a glimmer why that is.
I thought that maybe if I simply pandered to the local political cadre (see design – above right) that I might be able to get by without forking over THIRTY THOUSAND DOLLARS. The jury is still out on their response to my reasoned request.

The Value of Three Dimensional Thinking.

The Vortex we live in.