Review of the News (Rule 5 Edition)

This time, I fear that it may send me to the employment line at TSA. Yes you heard it here first. Some people will feel that I’m a sell-out for doing this. 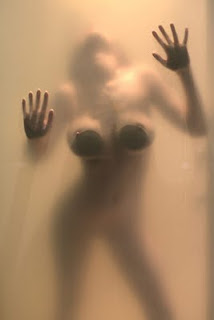 London airports are on “high terror alert” due to fears that women suicide bombers could use surgically inserted explosive breast implants to attack airliners, according to British media reports.

The Mirror reports that Ibrahim al-Asiri — a Saudi citizen who is reported to be the chief bomb-maker for Al Qaeda — is believed to have developed a way to conceal explosives in medical implants and bodily cavities and thus escape detection by airport scanners.

According to the Mirror, there is “credible” intelligence about the threat that Al Qaeda is planning to attack airliners flying out of London, with one Heathrow Airport staffer telling the paper, “There are genuine fears over this…We have been told to pay particular attention to females who may have concealed hidden explosives in their breasts.”

And as you may expect, searchers will need to physically ‘fondle’ traveler’s breasts to insure that they are not Muslims carrying bombs. It’s a tough job but I may bring Woodsterman and WoFat along with me to the employment line. Some TSA people resent working for minimum wage. When I checked and found that they were willing to pay me anything, I was ecstatic. I thought that the Feds would make me pay them. What a country!

And there may be a future in politics for her. The 23-year-old Indiana Democrat who became (in)famous for getting into a heated sexting relationship with married New York mayor wannabe Anthony Weiner is lashing out against Republican women. (who cares?) “Yeah, I think conservative girls are really uptight,” Leathers mused. “It makes me think of, you know, the Fox News fembots who are obviously self-loathing, or they wouldn’t be Republicans and female, in my opinion.”

But Indiana may not be the place for her to make her mark on the political stage. I think that she’d find a better reception in Chicago. Or she could run for the US Senate in New York… What a country!

Can Demons be Exorcized? (News from China)

The Chinese weigh in on the matter (details here). This is a submission from “Wild Bill”, an old China hand and a friend of WoFat’s and mine.

A Guangzhou man purporting to be a Taoist priest defrauded a woman of 20,000 yuan after convincing her to have sex with him to ‘exorcise demons’, Shenzhen Media Group reports.

According to Haizhu district police, on July 23 a man, surnamed Huang, visited a feng shui store and struck up a conversation with the sales assistant Xin (pseudonym). After a brief display of what sounds like basic cold-reading, Huang convinced Xin that he had supernatural powers and told her he was a ‘Master Dragon Seeker’. Huang also introduced Xin to his female disciple, Youxin, a “female geomancer”……. Pressed for information on the exorcism itself, Huang said that there were some things that “metaphysics and science cannot explain”.