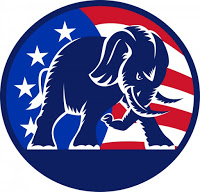 I’m not drunk blogging the debate. Between the early and late debates, I’m going to In and Out Burgers for dinner. I’m considering my desert options.

First impression: Martha McCallum, Fox News is impossibly hot.
Ok, on to the politicians. There wasn’t much difference between them in terms of what needs to be done to reverse the policies that Barack Obama. My comments have to do with stylistic differences with preferences for “wining” candidates.
1. Carly Fiorina – She’s sharp and is the only person on stage who ever created a job. I know that there were people at HP who didn’t like her, but the truth is that she has had to be responsible to share holders for results. Her concepts are smart, well considered, precise and intelligent.
2. Lindsay Graham – He’s a career politician and I’m concerned that he wants more wars, however I think that his vast experience with government came through. I don’t think that he’d be a good president. He’s a big government guy and would expand the government. He was the only one to mention the problem with Social Security and Medicare going broke. It’s a big issue.
3. Bobby Jindal – Bobby is smart and he’s bold but he’s not compelling, and I don’t think that he could win a national election. I like him, he’s a good family man, etc. but he simply doesn’t have the gravity.
________________________
4. Rick Perry – As one would expect, Gov. Perry does understand US/Mexico border issues. The problem with Perry is that he’s part of a political class and, sadly, he’s not as smart as a US President needs to be. Calls himself a “corporate executive type” when the only real one on the stage is Fiorina.
5. Rick Santorum – He served in the US Senate for two terms but he’s been out of government for a long time. What did he do while he was not a bureaucrat? He talks the talk but I haven’t seen him doing much besides chattering.
6. George Pataki – George is an old politician. His ship sailed but his ego remains. As with Gilmore, below, he’s a lawyer who talks a lot, and says the right thing
7. Jim Gilmore – He’s an old lawyer with a big ego. The only thing that he’s done is be a lawyer. Barack Obama is a lawyer. There are lots of lawyers in DC. He needs to go and spend time with his grandkids.