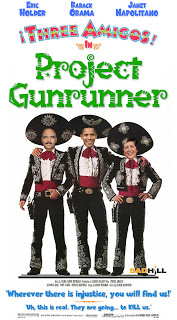 Facebook
Twitter
Pinterest
WhatsApp
The Obama Administration, frustrated by the lack of any substantial evidence that legitimate American firearms dealers were selling guns to drug cartels came up with an ingenious plan. They’d do it themselves through the gun dealers, and then use the statistics to deprive Americans of their Constitutional right to own firearms (Second Amendment guarantee). However, trusting a law enforcement agency to engage in a clandestine political activity and not botch the job completely has never been a very good idea.

“But ultimately the Obama administration still faces a bigger problem. Can they ever come up with any remotely plausible explanation for why anyone would have started a program to push untraceable guns into Mexico? The longer it takes to provide an explanation, the more plausible the conspiracy theorists sound that this was all done for politics.”

Law Enforcement is not able to toss the cloak of “national security” over an operation like Gunrunner/Fast and Furious. Particularly when they don’t even attempt to track the weapons that they sold to Mexican drug cartels.

The “Fast & Furious” scandal is getting messier and messier. New e-mails finally released late this past Friday reveal that the Department of Justice personal viewed the then-secret operation as a way to push for more gun control laws. Read more at American Perspective.

And I can’t help but think that this gross attempt to deprive Americans of their Constitutional Rights is one of those things that the US Justice Department was designed to prosecute. The problem is that it’s that very Justice Department who promoted this practice. What then is the remedy. Who prosecutes the US Justice Department? Congress is not really set up to do that. They can Impeach but they’re not prosecutors. We could call for a removal from office, but it would be that very same Obama Administration who replaced the wrong doers with other operatives from its ranks of Democratic Party Faithful.
Quis custodiet ipsos custodes?
(Who watches the guards?)
It’s useful at this point to review the Mexican Organized Crime Groups that are operating in Mexico today because you can’t tell the players without a program.
If I missed your favorite cartel, please forgive me. They do tend to pop up regularly under new organization.
Now, this is my question to you, dear readers. Which of these drug cartels should the US Justice Department sell firearms to without tracking them and call it a “secret law enforcement operation”? Should we be a respecter of cartels, or should we sell to them all out of a sense of fairness? AND if the shoe was on the other foot and Mexican Drug Cartels sold automatic weapons, purchased from China and the Middle East to American drug gangs, should we protest (because they do)?

This mess is brought to you by the US Department of Justice, Eric Holder, Attorney General  – and his boss, President Barack Hussein Obama. 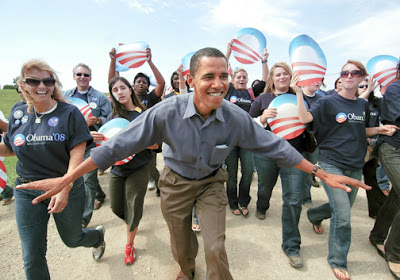 Welcome to the ObamaNation…