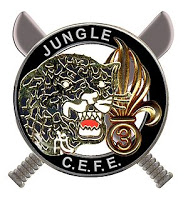 Facebook
Twitter
Pinterest
WhatsApp
Promotion Party
a fictional short, Sunday sermonette/going to church saga and sea shanty
The debate started with one innocent comment and turned into a full blown war, two-on-two. Simply stated, it began with this postulate: Taco Bell bean burritos with fire sauce are the ultimate cure for too much alcohol ingestion. Both of us in the front of the car agreed and we tipped a magnum of Grey Goose, toasting our agreement as I drove the old white Honda Accord with the freshly dented right front fender down the Interstate, flaunting both the law and common sense (which departed fourteen swallows and forty minutes previously). The men in the back of the car disagreed, suggesting that pancakes with extra butter and syrup worked better. Privately, I tend to agree with the guys in the back, but having staked my ground, I couldn’t pull back.
Before I go on, introducing the guys may be useful. We’d all been in the Navy over ten years. Lizard just made Senior Chief, which prompted the trip and party. It also assured him of the shotgun position in the car. The rest of us were chief petty officers. We worked at Naval Air Station Oceana, assigned to Blue Team. Enough said of those things.

The celebrated promotee self-identified as “Lizard” Boudreaux. Real name, Clovis Beauregard Boudreaux, of the Atchafalaya River Boudreaux K/Clan. He claimed that his mother water-birthed him in the bayou rather than doing it on a conventional bed, thus to baptize him at the moment of his birth. His mother, who I met once, claimed that a gator ate the after birth. It’s a claim that has never been disputed to my knowledge. I clearly didn’t have the guts to. His mother is bigger than he is, and much meaner. She runs the family still and her shine recipe is legendary in those parts.

I’ve never met a man more saved and washed in the blood of the Lamb than Lizard, or one who would be more willing do descend into the depths of depravity after one sip of demon rum. The moniker, “lizard”, came from his two week training session at Centre d’entraînement à la forêt équatoriale, the French Foreign Legion’s jungle training school near Regina (which he called Vagina), French Guyana. While attending the very challenging course, he discovered a serious appreciation for lizard meat to the extent that he would still prefer lizard to something wholesome like a Taco Bell bean burrito. However, he would be the first to acknowledge that the burritos cut the effect of alcohol better than lizard meat. And if you don’t believe me, ask him yourself.

Quentin Lauritzen, who you’ll think should have been named lizard because his last name sounds more like it than Clovis Beauregard’s does, received the nickname “Gash”. If Quentin was sitting here next to me, he’d remind me, as he reminds everyone that Gash does not refer to the opening of a woman’s reproductive organs. It refers to a large shrapnel wound that winds itself around his left arm and down his side to a point about four inches below the termination of his ribcage. When he received the injury in Kunduz Province, Afghanistan, nobody though that he’d survive as they packed the gray coiled intestines back into him, but live he did. He rehab’d, dried off the pain killers and remained on active duty. Upon his return to the Teams his name had been officially changed from “Q” to “Gash”. Gash sat behind me in the car and when I pulled into Taco Bell to order bean burritos, he choked me nearly unconscious from behind while I conned the car down the narrow roadway to the order screen. I ordered twenty bean burritos, extra cheese and onions defying his preference for pancakes. 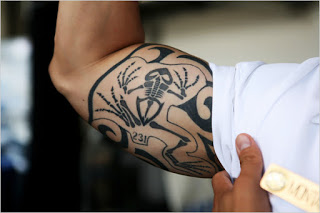 Gash came from some hick town in nowhere Utah, born of Mormon stock. There had been a running exchange between he and Boudreaux since Basic Underwater Demolition School about which of them would/would not end up in heaven. The fact that he could out-drink Lizard proved that he had become a fallen Mormon and that had also became a source of secret shame for Clovis Beauregard Boudreaux, who believed himself to have a near godlike capacity to drink. We pointed out that Gash simply had better drinking genes long enough that Lizard believed our speculations. Firm though his belief had been anchored, he could never discuss those concerns back home in the family’s floating trailer/houseboat compound on the Atchafalaya.

Andrew (Petals) Wasilewski sat next to Gash in the back seat, well into his second bottle of Jack Daniels. Petals was said to have as much body hair as a wooly mammoth. Those of who knew him, would all testify that he had more body hair than the scruffiest mastodon. With the hair came an animal odor that he had difficulty controlling. As he sat in the back of the car, the scent of wet dog overpowered me to the point where I had to roll the window down and keep it down even though the temperature had dropped to well below freezing. He had tattoos, but nobody could see them, so he shaved his arms and portions of his chest that were tattooed so that we could. Since he hailed from Minnesota, we claimed that he was related to former Minnesota Governor Jessie Ventura, a former SEAL who had fallen into disgrace over his lawsuit against Chris Kyle’s widow, Taya. Naturally, he denied kinship, as anyone would. It’s not unlike denying kinship to Barack Obama. Petals had only been on Blue Team for a couple months, having come to the Development Group from Bremerton, Washington and SDVT-One.

I bumped into the back of a really nice Ford pick-up with a Confederate Flag sticker on the back window, two cars from paying and picking up the pogie bait. The error in judgement, while understandable to all in the car, had not been to the driver with the cowboy hat who emerged holding a baseball bat.

I started to get out but both Lizard and Gash reminded me that I looked like a surfer/Boy Scout and wouldn’t strike fear into anyone’s heart despite the fact that I was a trained killer who at that very moment was reaching for a tomahawk to counter the baseball bat. Gash got out of the back seat, and threw one partially full and one empty bottle of Jack at the driver with the bat in hand. One bottle ten-ringed the Confederate Flag sticker and the window of the late model Ford that it adhered to. The next one arced farther and smashed into the large plate glass window of the Taco Bell.

“Get in the car!” I screamed. Then I punched the car into reverse and went back down the narrow ordering driveway, over the curb, through the shrubs and onto the black top parking lot that belonged to the strip mall where the Taco Bell was sited. Both of them managed to get partially into the car before I hit the parking lot. Petals Wasilewski opened our last bottle of Jack by the time that I ramped back up onto the Interstate. He downed at least a quarter of it in one long chug.

“Technically I’m in charge now,” Lizard said with as much command presence as he could muster. “It’s my party and I outrank all the rest of you.”

“Does that mean that we need to find another Taco Bell or a Pancake House?”

“Neither, I’m in the mood for a titty bar, and a better type of company.”

I must point out to you that though we considered ourselves supermen in our own right, and more so while we were in our cups; strippers — any beautiful women really, were kryptonite. (trust your buddies with your life but never with your money or your wife) Lizard, the recently promoted, once showed up at a dining-out when he was at Team 2 Bravo with two strippers as his ‘escorts’ for the evening. The XO took him aside and counseled him, and he had to send one of the two back to wherever she came from with a couple hundred in her clutch purse for her trouble. Notwithstanding the polygamous decorum violation, one, the busty one, remained through the evening with him and beyond. I know this because we shared an off-base apartment when we were both based at Little Creek (VA). She crawled in my rack before dawn, bringing me breakfast in bed, because she wanted company and Lizard was too hung-over to handle her itch. Back to the events of that evening of evenings.

Going to a strip-bar was usually referred to as attending church.

“Aye-aye, Senior Chief, I replied, southbound at an indicated ground speed of between 80 and 85 mph. “I’m ready for church! Where can we find a suitable location to worship in this part of the State?”

“You’re a mood-killer,” Gash said to me.

“Something from training (mumbles),” Petal said. Then through his blurred, alcoholic haze, he spotted  purple neon style lighting on a building to one side of the road. “Look that has to be a kitty  and titty bar. They always have purple lights on them.”

I took the off-ramp and sure enough, it turned out to be the “Lumberyard”. The sign out front gave notice to prospective patrons that nude Jello wrestling began at 11 pm. The time on the dashboard announced that it was 10:25. Lizard howled. Gash hooted and Petal just smirked. Karma shined on us.

We all knew a timeless truth, but were too far gone to recall it. Locals often felt that establishments such as the Lumberyard were their own personal turf, as were the girls who were employed there to entertain them. Strangers in places such as those are often not wanted. Strangers are not ever wanted when they’re four exceptionally fit, prime-of-life/late twenties custodians of the nation’s defense, who had been banking cash on a six-month deployment and weren’t averse to spending the slush fund in a single evening.

We closed the place with flying Jello, fists, feet, curses broken chairs and a stripper pole, which Lizard used effectively as a quarter-staff. A beautiful young lady of about twenty years with the prettiest green eyes I’d ever seen slipped me out the back door before the sheriff’s department carted everyone else away. I could share more details of that interaction but decorum and a fear of retribution too horrible to contemplate holds my tongue.  Suffice to say, son, that is how I met your mother.