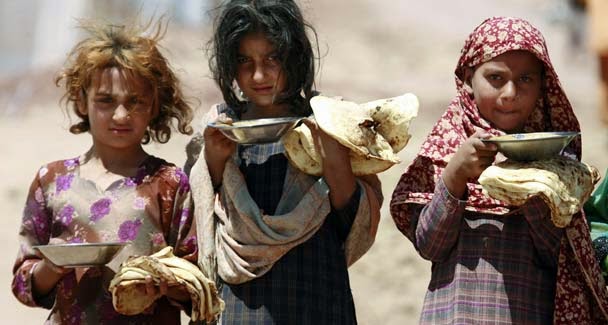 How could ANYONE allow a virus that was essentially eradicated from the planet gain a foothold again? It’s like re-inventing small pox or encouraging the Bubonic Plague. However, it seems that Pakistan is actually pulling it off.

Polio (Poliomyelitis) is an acute, viral infectious disease that is spread from person to person through human feces. The virus attacks the victim’s spinal cord and inflames it. Severe infections can extend into the brain stem and the brain itself resulting in polio encephalitis. Usually it results in paralysis.

During the 1950’s the introduction of vaccine reduced the number of cases from hundreds of thousands per year to under a thousand per year today. However in Pakistan, the disease is on the increase and The World Health Organization (WHO) said yesterday that Pakistan’s failure to stem the spread of polio has triggered a global health emergency. The WHO is recommending all residents must show proof of vaccination before they can leave the country and should present a polio vaccination certificate. The WHO’s emergency measures also apply to Syria and Cameroon, which, along with Pakistan, pose the greatest risk of exporting the polio virus.
A WHO official said the virus has spread recently to Iraq, Israel and Syria, and has been found in sewage in the West Bank, Gaza Strip and greater Cairo. These outbreaks have been traced back to Pakistan, according to Pakistani press. Polio also appeared in China two years ago.

Being less than politically correct, and in summary, Pakistan (a country of rich and very poor where most of the place is akin to an open sewer) needs to self-quarrantine to stop the spread of the polio virus to the rest of the planet where the virus was eradicated.
I am not surprised in the least that America’s billions of dollars in foreign aid to Pakistan, which lands in the pockets of the very rich, has not been used to fight polio and other infectious diseases. From a completely self-serving perspective, foreign aid used to control the spread of disease from places such as Pakistan to other parts of the world, is not a bad idea. (Fight the virus there not here) But that’s not how it ends up working out, is it?
There is no cure for polio, but the vaccine is completely effective if taken before the onset of the virus.