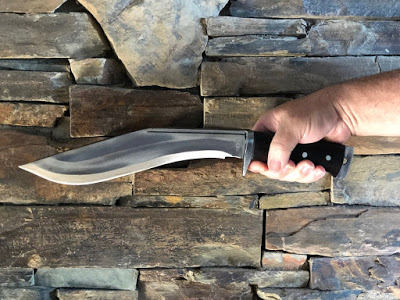 LSP, these are your people…and I don’t want you to think that I’m criticizing you.

Laws don’t prevent people from doing illegal things, they just define the penalties when people are caught. The police can’t prevent most crimes, they can respond and possibly interdict a crime in progress if they’re close enough and criminals are slow or incompetent enough, or they can take a report and collect evidence. That’s it. 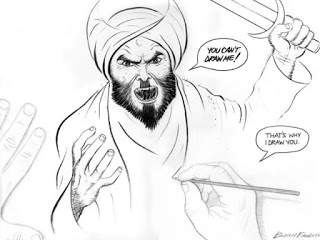 There are a lot of knife attacks in England, primarily in the inner cities. The Primates (not the same kind as you’d view in a Planet of the Apes film) feel that if all points were ground off knives, that knife attacks would end. It makes me wonder if the next thing to be banned in the UK will be pointy sticks, sharpened by a knife without a pointy tip?
I’m continually bemused by the laws in the UK. I hear of one and say, “you’re kidding, right?” No, they’re not. Things are just that stupid. Being denounced by your friends or neighbors for saying something that Islamic people might find offensive in the privacy of your own home is a potential problem. It’s a crime.  You can’t even host a ‘draw Mohammed contest’ in the UK.
In the Arizona highlands, you see people carrying handguns on their belts regularly. They do it because it’s a RIGHT, not a privilege, in America. I wonder how the Brits feel about that when they visit?

Cory Booker: ‘If You Come After Joe Biden, You’re Going to Have to Deal with Me’. It’s a headline wherein Cory (Spartacus) Booker, currently polling at somewhere under 1% steps in to defend corrupt old Slow Joe Biden to try and siphon off some of Biden’s support… Everybody’s scared, Cory.

Fredd said – Moochelle Obama: her resume reads like this – black, angry, married to a Democratic/Socialist icon, black, angry, uh, there’s more, give me a second….
A shoo-in to the Oval Office. Americans love women who sing ‘Don’t Cry for Me Argentina’ to ascend to the highest office in the land. Our new black Eva Peron, what could go wrong with Moochelle calling the shots? Huh? She’s talented at….uh, …well nothing really. Other than being angry and black. That should be enough.

I’m sure that she’d put her size 13 1/2 bare feet on the Resolute Desk the same as the male (?) Obama did. She’s a very dim bulb with a grossly exaggerated opinion of herself, which is typical of Democrats in high office. Trump has a massive ego, but he can deliver the goods, and that makes all the difference. While they may be holding her in reserve, I doubt that she has the capacity to win national office.

LindaG – I was just coming to ask you your thoughts on Syria, and there it is. Thank you, LL.
Saber tooth tigers would be cool. As would Wooly Mammoths, I think. Maybe they’d step on a few progressive toes.

I don’t see what play the US has in Syria. Who do we attack? Everyone? Ok, everyone except the Kurds? And how long do we attack them? Can we wipe them off the planet? Do like the Russians did in Chechnya? We can, of course, but why? Sure, they’re all bad, but we aren’t talking about killing the Democrat caucus to the House of Representatives – and they’re worse than the Persians and the Russians and the Turks and the Syrians…

Congressmen are mad because the people who pay them in the military industrial complex are looking at another war with longing. They’re paying Congress to be outraged. Maybe a war is ok if all of the people of age in Congress went to fight on the front lines, and those not of age sent their children. I’m not certain which side many Congressmen would fight on.

Jim gears up for a sabertooth tiger hunt – If the sabertooths come back, I may have to keep that Browning .45-70 lever carbine stoked and handy full time. I might want something bigger.
I have no experience with the Turks other than with some of their shotguns and pistols. They don’t seem to innovate all that much, but they seem to be good at copying. Their CZ75 clones seem good to go and the TP9 striker fired pistol seemed to be well made.
Some years ago I was talking to a guy from TriStar. They were considering marketing a clone of the 1887 Winchester lever shotgun, so they sent an old worn out copy to the factory in Turkey. Some time later they got back a brand new worn out shotgun. Bless their hearts.

WSF – Thank you for your sane words on Turkey/Syria.

General Smedley D. Butler, USMC said (and wrote), “War is a racket.” Truer words were never uttered. Inside the DC Beltway, war is almost an article of faith because it takes money from the national treasury and transfers it to Beltway bandits.

Dan – I’m generally not a big fan of “boots on the ground” in foreign countries by US forces unless it’s TOTALLY DESTROY EVERYTHING as part of a REAL WAR. But I certainly don’t want the Kurds to be destroyed by that asshole Erdogan….which he will attempt to do if not prevented. We practically GIVE away literally tons of modern weapons and ammo all over the globe. We need to insure the Kurds NEVER lack for the hardware to effectively defend themselves from the inevitable when Turkey starts to move on them.

We’re involved in several low intensity conflicts (which means that nobody cares much about them unless they are in a position to be in the s-hole country with bullets flying at them, or you just heard the click of a cheap Chinese landmine underfoot) in ‘the developing world’. The DC Beltway doesn’t like them very much because they’re unlikely to develop into the big hardware wars the way that Afghanistan did. Unless it’s half a billion a day dumped into some useless, endless war, they don’t even break a smile. That’s what the Syrian war would be/could have become.

President Trump’s actions NOT to engage in a war set all of the enemies in Syria against each other’s throats instead of them teaming up against us. He did the right thing. But there are a lot of big money companies that won’t be paying out large dividends to shareholders because of that decision.