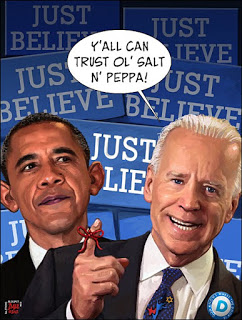 The Obama Administration sent spies into the Trump campaign. They thought Hillary Clinton would be president and none of these abuses would be discovered. The FBI’s ‘insurance policy’ to unseat President Trump didn’t work. Vice President Joe Biden was aware of this and that awareness could land him in custody before he can be a challenger in 2020 (in addition to the other scandals he had a hand in.) It’s coming out. CNN and MSNBC will deny it, but if the ratings matter, not much of anybody watches those discredited news outlets anymore.
Who Will Save the Democrat Party?
I know that there is Spartacus (Booker) and The County Slut (Harris) hoping that they’ll be the great black hope, but (in the venerated words of Yoda and Hollywood) there is another. 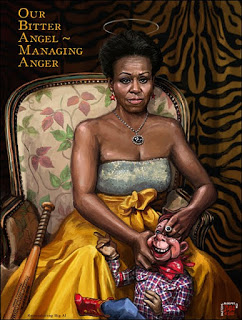 First Lady Michelle Obama is dismayed that she is perceived to be female, black and angry. Why can’t America see her for the angel she is?
While in the White House, she devoted herself to helping military families become a new victim class, while Barry worked to send 80,000 of them to the unemployment line.
She shouldered the burden of being the only one in America to care what our kids eat. She, who would be queen said, “For the first time in my adult lifetime, I’m proud of my country.” and “America is a downright mean country.” and “To be justified in your ignorance, that’s America.” Is she ready for prime time? You’d have to ask the mandarins at MSNBC, but she’s been making the talk show circuit. She has yet to announce among 22 or 23 who have already declared their intention to run for President in 2020.
Poor old Slow Joe 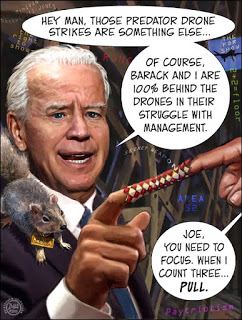 Yes, back to Uncle Joe. Barack had him out dedicating bridges to keep him from the spotlight and the embarrassing gaffs.
He had a group of 600 paid supporters gather this past weekend to hear him ramble. Some yawned, others looked at their watches, some looked anxious, hoping that the bus that brought them wouldn’t leave without them.
Though he has name recognition, and though he’s spent the past forty or so years in Washington, there’s not much to Uncle Joe.
The only thing that he can hang his hat on is the scandal ridden Obama Administration that he helped preside over — and the former president’s endorsement, that isn’t coming. Can the senile old former vice-commander-in-chief and vice-leader of the free world engender any excitement? Well yes, he can do what he usually does as a perpetual gaff machine. But I don’t think that’s what the people who are paying for his campaign hope to see. Joe is not the media’s God the way that the Barack was. His current leadership in the poles dismays grievance voters who thought that their Party could field winners other than two old white men, pushing eighty.