Only in America: A Turtle Tunnel 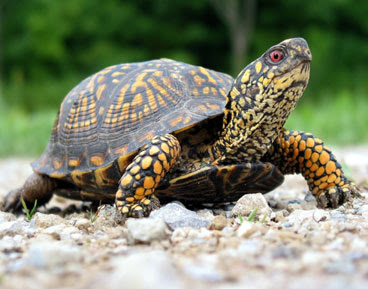 The US$ 800 billion stimulus package is finally beginning to trickle down to everyday workers.

The thirteen foot tunnel will cost $261,000.00 per foot to dig. I can only presume that this will provide a healthy living to a few construction workers in Florida.
I wish that I was in a position to bid on the job personally. I’d be happy to bring my shovel and start digging at that rate.
$261,000 per foot under a road sounds like just the incentive I need to improve my lifestyle.
It would stimulate my personal spending. Even after the punitive Obama taxation plan, I could still end up making $100,000 per foot dug to save the turtles. I could clear $1.3 million personally if I dug the tunnel myself, less the cost of shoring and so forth. Say I walk away with an after tax $1 million. WHAT A STIMULUS!
What a bargain for the American taxpayer! It’s clearly the Change I Believed would Happen when the ObamaNation began back in January!
(Thanks to Glenn Beck for the lead)
CLICK HERE to read the NBC (Obama) position on why the turtle tunnel is a great use of stimulus funds.
CLICK HERE to read what some folks in Florida think of the $261,000.00 per foot tunnel.
(an opposing view).
The Obama Administration fired three inspectors general recently for finding fraud, waste and abuse. You don’t think any of the others will have the guts to come forward after seeing their peers stood up before a wall and shot (a metaphor)?