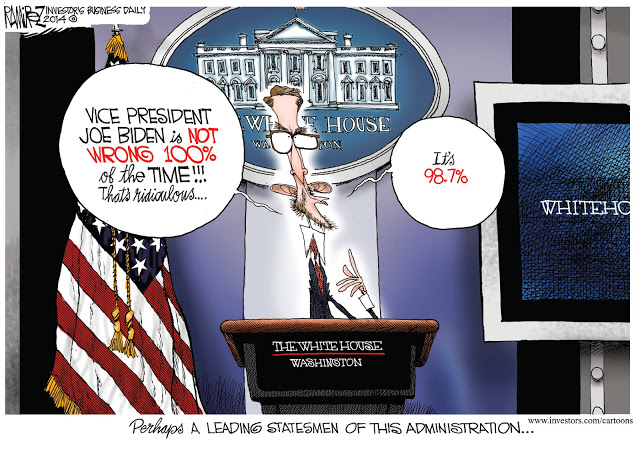 Heir apparent for Barack’s job as President? Biden 2016? He says YES!
Slow Joe’s wrong score is only exceeded by a very few in Washington:
Barack Obama, wrong 99.7% of the time, Nancy Pelosi, wrong 100% of the time
and Hillary Clinton, who says regarding her ‘wrong score’ “What does it matter?”