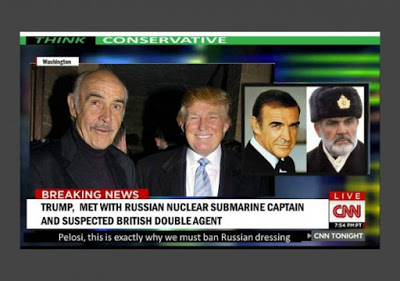 Facebook
Twitter
Pinterest
WhatsApp
I’ve been busy with this and that work project and this blog post is a bit of an overview of situations dealing with Turkey vs Kurds and general concepts being worked hard by Imperial China. Along with many others, I continue to have an interest in the situation in North Korea, that seems to be rapidly changing for the better. Maybe they don’t want to commit national suicide? Time will tell. I hope you find this report interesting.
Turkish Campaign against the Kurds in Iraq

The Turks and non-Kurdish Iraqis have come to an agreement to conduct a joint operation in northern Iraq in May according to Turkish Foreign Minister Mevlut Cavusoglu. Both the Iraqis and the Turks would like to see the Kurds wiped from the face of the Earth. It’s a common theme.

Turkey’s military operation in Syria’s Afrin region is ongoing, but Cavusoglu said that it will be completed by May and that Turkish troops could move to northern Iraq after that. He also said that Turkey has the ability to support two operations simultaneously.

Cavusoglu seems to have quietly revealed a change in the priority of Turkey’s Kurdish targets in neighboring countries. Since Operation Olive Branch began on 20 January, President Erdogan repeatedly has insisted that Manbij would be the next target for cleansing, after Turkish and Turkish-backed forces rid Afrin Canton of the People’s Defense/Protection Units (YPG).
The Syrian Kurds and some Syrian Arab militias have reinforced Manbij and some US forces are present. A Turkish offensive against Manbij raised the prospect of a confrontation with the US.
By leapfrogging military operations to Iraq, Erdogan postpones or, most likely, avoids such a confrontation. Still, Syrian Kurds at Manbij are on the west bank of the Euphrates River, which Erdogan said is a Turkish red line.

Eventually, given enough time and a large enough Turkish army, the Turks will encircle Afrin and kill everyone in the pocket. That’s how they roll. Can the Kurds retreat before that happens? Time will tell. Then the Turks will declare victory, will withdraw eventually and the Kurds will return. But the Sultan will have a victory for the folks back home who have a history of enjoying a good genocide.

Lebanon-Israel
The Jerusalem Post reported that Hizballah declared the alert in reaction to intelligence that the Israeli army is conducting military maneuvers jointly with the United States, which are currently taking place in the country and in the Mediterranean.
US forces are conducting an exercise with the Israelis at this time. Israel might decide to launch an air attack against Hizballah targets in Syria or Lebanon while US forces are in the country, but it would not start a war with Lebanon, per se. Hizballah and Israel are jittery about each other’s intentions. Both expect a war is coming, but neither knows when.
Chinese Programs in Angola

As you know if you read the news or the occasional post in this blog, one key piece of Chinese planning involves acquisition of minerals outside China and bringing those minerals back to Big China. It’s not a new program or plan, but one that has been pursued aggressively for the past twenty years.

A Chinese-rebuilt railroad in Angola will change trade patterns in southern Africa.

On 5 March, the first train to operate on the Benguela line in 34 years left Dilolo in the Democratic Republic of Congo (DRC) and reached Luau station in eastern Angola. From there it will travel to the deep-water port of Lobito, on the Atlantic Ocean.

The 25-car train carried 1,000 tonnes of manganese for export to China and India, according to the International Railway Journal.
Ikos Rukal, spokesperson for the provincial government of Lualaba, where Dilolo is located, said the 1 300km Dilolo-Lobito route was “the most cost-effective form of transport” for exporting copper and cobalt from DRC’s southern mining belt. It is a narrow-gauge railroad.
The line between Lobito and Luau was rebuilt by the China Railway Construction Corporation, and was formally inaugurated in February 2015. China Railway 20 Bureau Group Co (CR20) designed the project and performed the physical reconstruction of the line and the 67 stations, in addition to supplying rolling stock, for an investment valued at US$1.83 billion.
Without a link to the Atlantic Ocean coast, DRC’s mineral ore was exported by truck via Zambia – a 900km trek on poor roads that greatly increased shipping costs and time. Other southern African ports also were used for mineral exports.
This infrastructure project at least rivals the China-Pakistan Economic Corridor, which is the flagship project of China’s Belt and Road Initiative.
In the original contracts, Angola received Chinese loans which were to be repaid in oil profits…when the per barrel price was $100. With the collapse of oil prices Angola has struggled to make payments and the Chinese cut corners on the project. For example, the single-track line lacks the capacity to handle passenger trains because the Chinese did not build as many sidings as planned to enable two-way traffic. Meanwhile, Angola has become the second largest supplier of oil to China, after Russia.
The project is typical of Chinese Belt and Road Initiative practices. China provided the loans by which Angola could buy all the construction materials, rolling stocks and engines from China and pay Chinese designers, engineers and construction workers.
China is the primary customer for the resources that will transit the line and the beneficiary of the fall in oil prices. Angola is deeply in debt to China.
The immediate benefit to Angola is that the railroad has opened up the interior to new and previously impossible business opportunities for Angolans at every railroad stop on the line.

And in the USA

The Russia collusion story now has legs according to CNN. “Proof at last,” as one CNN anchor crowed. “This will be the end of the Trump presidency. Impeachment proceedings are likely.”