Who could have Responded to Benghhazi? 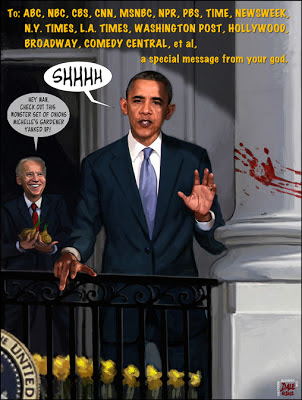 I really don’t think that the mainstream media is worth the time to turn the television on (or off). The scandal in Benghazi is a classic example of the lengths that they’ll go to in order to ignore the Obama Administration’s bungling in a (misplaced) effort to keep him in power.
I haven’t heard one report on where US Allied Troops were located, who could have responded to aid the Americans under attack in the US Consulate in Benghazi. NATO allies consider an attack on one member to be an attack on them – by treaty. So where were the nearest NATO units? We know that there were vast US claims that there weren’t any US troops who could have responded (not true, but I’m not picking a fight with SECDEF Panetta at the moment).

United Nations Mission in the Central African Republic and Chad (MINURCAT) was shut down, but my sources advise that there was a battalion sized element from the 13 DBLE – French Foreign Legion demi-brigade (airmobile) training in Northern Chad (roughly 600 miles distant), and they could have loaded and been in the Benghazi area in about 3 hours.

The first test of the joint British and French Navies to create a combined task force ready to respond to global events was operating within easy flying distance from Benghazi. Exercise Corsican Lion included five Royal Navy warships, HMS Northumberland and HMS Bulwark, carrying a battalion of Royal Marine Commandos (airmobile) and the French Task Force anchored on the French Aircraft Carrier Charles De Gaulle. The French force also included a battalion of French Marines. They would have responded if anyone had asked them to.
Our allies in Israel are always on a high state of readiness simply because of who and where they are. While I’m sure that the Libyans would have raised a stink about having the Small Satan (US is the Great Satan) sending troops to our aid, they could have loaded and made the 600 mile trip in roughly the same time – about 3 hours.
Standing NATO Maritime Group 2 (SNMG2) is headquartered at/reports to Commander, Allied Component Command Maritime Naples. It has maintained a presence off the coast of Libya since the revolution. The composition of SNMG2 varies depending on the current contributions of nations, but generally consists of half a dozen warships and a fleet oiler to keep them supplied and refueled. Per Wikipedia, the following ships are currently deployed to SNMG2.
The Russians, while not allies, would have been happy to send troops to pull our fat out of the fire and crow about it. When you’re being overrun you take what you can get. The Russian Navy operates out of it’s base at Tartus, Syria and while I don’t know where the Russian ships were on September 11, Libya is in the CENTER of the Mediterranean and ship near Benghazi could have potentially aided us.

____
Though only a footnote… the US Navy maintains the Sixth Fleet in the Mediterranean within striking distance of Libya. It’s headquartered at Naval Support Activity Naples, Italy.

The officially stated mission of the Sixth Fleet in 2011 is that it ‘conducts the full range of Maritime Operations and Theater Security Cooperation missions in concert with coalition, joint, interagency and other parties in order to advance security and stability in Europe and Africa.’

Let’s run down what the US Navy has in the Mediterranean.
This is what you’re paying for.
Destroyer Squadron 60 – Provides COMSIXTHFLT with a permanently assigned destroyer squadron, increasing the Sixth Fleet’s options when undertaking national and theater level tasking. The destroyer squadron, based at Naples, Italy also patrols the sea lanes off West Africa and the Gulf of Guinea but routinely maintains at least one destroyer within about 200 miles of the Port city of Benghazi. I don’t know which ships were present on September 11, 2012 – but nobody is saying much with the impending presidential election

Task Force 60 – US Mediterranean Battle Force – one aircraft carrier (USS John Stennis) with 70 aircraft capable of attacking any target in the region, six cruisers and destroyers.

Task Force 64 – Special Forces (SEALs) (formerly Naval Special Warfare Unit 10 – Rota, Spain), currently attached to Task Force 65, which is DESRON 60, above.  On September 11, 2012, a FAST (Forward Area Support Team) was located at Task Group 67 Maritime Surv & Recce Det Sigonella (Sicily), with air transport available from TG-67.1. They were about three hundred miles away and were “good to go” at 2230 HRS (about an hour after the report of the attack) and could have been there just after midnight if requested. But nobody issued the orders because things were ‘messy and confusing’ on the ground. Even though things are ALWAYS messy and confusing on the ground when we send SEALs, it was President Obama’s call. Just, as he would remind you, as Operation Geronimo was his call when he sent SEALs to Pakistan to kill Osama bin Laden.
The US Navy is only one component of the U. S. Africa Command (AFRICOM), commanded by General Carter F. Ham. General Ham said that he had forces able to deploy to assist the besieged consulate in Benghazi, but nobody ordered him to send anyone. General Ham, the theater commander also had as a component of the forces available within a one – two hour response time from Benghazi, the US Third Air Force (with AC-130 Spectre Gunships at Sigonella, Sicily).