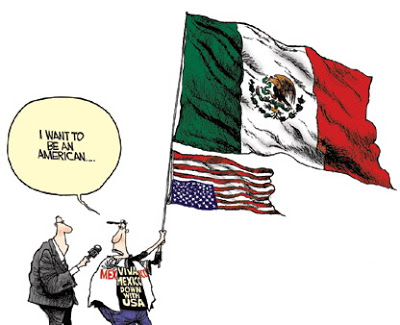 Facebook
Twitter
Pinterest
WhatsApp
Life in the Golden State
There are a few homeless encampments in Orange County, California. State law under the Democrat supermajority has created these human cesspools. There’s little value in enumerating those laws but the cause and effect is clear. County government recently cleared one of them in Anaheim, CA, next to Angel Stadium where 700 vagrants squatted.

(Fox News) As if living in those conditions is just another life choice, the ACLU tried to stop Mr. Spitzer’s effort to clean up a homeless camp of 700 people living along a riverbed next to Angels’ Stadium. He prevailed, but so dangerous was the environment, it took hazmat crews to clear out the encampment.

“Trash trucks and contractors in hazmat gear have descended on the camp and so far removed 250 tons of trash, 1,100 pounds of human waste and 5,000 hypodermic needles,” the report said.

I know, the bums are exceptionally progressive.

But never fear. The hobo jungle that has grown up in the federal/state/county complex in nearby Santa Ana has even more bums than the one at Angel Stadium had. California is now home to at least 25% of the nation’s homeless – and those numbers are growing as vagrants and panhandlers arrive from around the country every single day.

Prop 57, promoted by Gov. Jerry Brown is about to go into effect. It will provide early release from prison for sex offenders. That’s also progressive and the move is designed to give the rapists and child molesting perverts and freaks a new start in life…how much more progressive can you get?

The move to grant illegal aliens the right to vote in California is gaining momentum since they are expected to vote for the Democrat Party. All elections including federal elections are certified by the Secretary of State for each individual state. In this case, California.

Since my exodus from my home down-the-street from the Mosque, the police department raided a drug laboratory in a home two doors down from my old home that was being used by jihadis to create hash oil. The police department hit the lab and arrested a few people, but since Prop 36 is in effect, the anticipated sentence will be drug diversion classes. Law enforcement officers e-mailed me copies of the police report, suggesting that I left at the right time.
And so it goes. MORE HERE

Writing Music
A fellow blogger e-mailed and asked me if I have preferred writing music. The short answer is that it depends on the mood. In some moods I really like Wagner: Die Walkure (Second opera in Der Ring des Nibelungen), and here because I like the chorus, and Das Rheingold, Entry of the Gods. If I listen to it too long, I wake up at night shouting, “Fresh horses and whiskey for my men!”
At other times, it’s the Bloodhound Gang singing, “The Lap Dance is so much Better when the Stripper is Crying”, or “Le Boudin” – with the French Foreign’s Engineers leading a parade – because I like the idea of mercenaries fighting to earn citizenship…I know, it’s just me. What a Hell of a Hell of a Way to Die (he ain’t gonna jump no more), because I used to jump out of a perfectly good airplane for a living. Late at night when you’re sleeping, UDT’s come a creeping all around.

“The risers swung around his neck, connectors cracked his dome.
Suspension lines were tied in knots around his skinny bones.
The canopy became his shroud, he hurtled to the ground.
And the ain’t gonna jump no more.”

Then there are YouTube videos like this one, on April 19, 1775, when His Majesty 23rd Royal Welsh Fusiliers of Foot﻿ (light infantry and grenadier companies) among others, were ordered to march on Concord and seize weapons lawfully in possession of His Majesty’s subjects — and in the process, decided to prove a point on Lexington common, started a war… and lost a continent.

There was blood upon the risers, there were brains upon the ‘chute.
Intestines were a-dangling from his paratrooper suit.
He was a mess, they picked him up and poured him from his boots.
And he ain’t gonna jump no more.

Gory, Gory, what a hell of a way to die – he ain’t gonna jump no more.