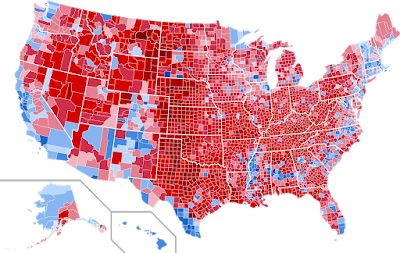 During the (generally miserable) Obama Years, a majority of Americans complained that the government neither saw or heard them. In 2016, they voted. 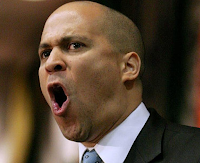 And it’s interesting that the Democrat Party and their propaganda wing in the lying, corrupt, smug, sly, elite media are still not listening.

Ok, there is one Democrat who claims to be listening, and he’s the champion of the downtrodden. He’s willing to give up his seat in the US Senate on principle (except that he did it after he found out that he would’t get into trouble.)

And he claims to be Spartacus… 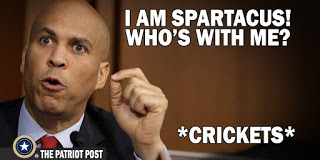 Today, I stripped the bedsheets to be washed and removed the pillow cases and almost without thinking, I cut one of those annoying tags from the pillow. I think that federal law prohibits it. And now I think about it, I may have violated the law. But I don’t care! I am Spartacus… If you have any ‘Spartacus moments’ you can include them in the comments below.

Pakistan-China
In Islamabad… On 4 September, the new government in Islamabad announced the creation of a nine-member cabinet committee on the China-Pakistan Economic Corridor (CPEC). The official announcement said,

“Showing commitment for the successful implementation of the China-Pakistan Economic Corridor (CPEC), the Prime Minister Imran Khan has decided to constitute a nine-member committee, which will focus on the progress of the project in various areas of energy, infrastructure and industrial zones.”

The CPEC committee is one of three cabinet committees that Prime Minister Imran Khan created as part of his reform program. The other cabinet committees are on Privatization and Energy.
On 9 September, the Financial Times published an article indicating that Pakistan intended to renege on its commitments to China. The article was constructed around selected quotes from an interview with Abdul Razak Dawood, Prime Minister Khan’s advisor for commerce, textile, industry and production, and investment.

In the interview, Dawood said, “The previous government did a bad job negotiating with China on CPEC… they didn’t do their homework correctly and didn’t negotiate correctly so they gave away a lot.”

“Chinese companies received tax breaks, many breaks and have an undue advantage in Pakistan. This is one of the things we’re looking at because it’s not fair that Pakistan companies should be disadvantaged.”

“I think we should put everything on hold for a year so we can get our act together. Perhaps we can stretch CPEC out over another five years or so.”

The Times article was picked up and enlarged by other western news outlets. None of them reported the original statement of purpose by the Prime Minister’s Office on the creation of the CPEC committee — to show commitment to the CPEC’s successful implementation.

Quoting the Chinese official response: ‘The China-Pakistan Economic Corridor is a major economic cooperation project that is carried out to meet with the needs of the Pakistani side… At present, there are a total of 22 cooperation projects under the China-Pakistan Economic Corridor framework, of which nine have been completed and 13 are under construction. The total investment amount is $19 billion, which contributes to Pakistan’s economic growth by 1 to 2 percentage points per year and creating 70,000 jobs.’

The Washington Post reported the CPEC investment total is $62 billion, which is a factual error. But they have a problem with reporting facts as we all know.
But Mistrust of Chinese Intentions IS Growing
In July Malaysia canceled a Chinese financed east coast railroad project that is estimated to cost $20 billion and a $2 billion gas pipeline project. Malaysian Prime Minister Mahathir said Malaysia cannot afford and does not need these projects and two other Chinese investment projects.
Malaysia’s action has spawned multiple reports about countries reconsidering their debt exposure to China, such as Burma. They also prompted Chinese leaders to soften their sales pitch, as during President Xi Jinping’s announcement of $60 billion in additional investment in Africa.
Pakistan is too committed and deeply in debt to hedge its involvement in CPEC. Prime Minister Khan wants to save money and would like to make better deals for Pakistani companies. Nevertheless, the Pakistani economy increasingly is tied to China’s economy, and Khan can do nothing to reduce the dependency.
The Chinese might renegotiate more favorable terms and greater local participation in some projects. Pakistan, however, has not shown that it can provide security for or prevent corruption in the financing of the projects already in progress.
The Chinese need access to facilities that enable it to import resources without using the Malacca and Singapore Straits. Gwadar port and the infrastructure China is building in Pakistan that links it to western China are critical to achieving this strategic objective.