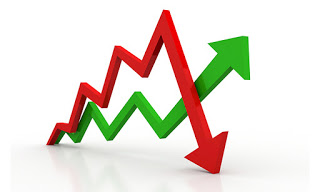 Facebook
Twitter
Pinterest
WhatsApp
You should wash your hands and put on a face mask before beginning this discussion. And I’m not reading tea leaves this time. No need for a ouija board to conjure. No need for a crystal ball. No need to sacrifice a pigeon to read the entrails. I didn’t sacrifice a cat.
There is chatter inside the beltway about the Federal Reserve instituting a negative interest rate for a specific time to stimulate the economy. I thought that we should discuss what that is and what it means.
A negative interest rate environment is in effect when the nominal interest rate drops below zero percent for a specific economic zone, meaning banks and other financial firms would have to pay to keep their excess reserves stored at the central bank rather than receive positive interest income.

Swiss banks often use negative interest rates for certain types of accounts. You have to pay the bank to keep your money on account rather than the other way around. In the Swiss bank scenario, there is a vested advantage (anonymity, security, etc.) to storing funds with them. The old numbered accounts were never cheap.
During deflationary periods, people and businesses hoard money instead of spending and investing. The result is a collapse in aggregate demand, which leads to prices falling even further, a slowdown or halt in real production and output, and an increase in unemployment. If deflationary forces are strong enough, simply cutting the central bank’s interest rate to zero may not be sufficient to stimulate borrowing and and lending.
It is a drastic measure but it’s not unprecedented. And we are engaged in an economic war for the survival of the American way of life. So don’t be surprised if that becomes part of the economic recovery strategy. Goldman Sachs, JP Morgan and others are predicting a catastrophic second quarter and possibly third quarter.
Meanwhile, I received a phone call from a friend involving a (cool) new sensor system that he’d like to introduce into the Army and Marine Corps inventories. I asked, “What?” The military will be fortunate to keep the programs that are currently being funded. Frankly, I think that there will be short term budgetary cutbacks for exotic programs. Bread and butter procurement items will likely remain on the table in the short term because they employ American workers. But the Navy will need to reassess its demands for new platforms as will other services. Ship yards will need to remain open so there will be ships built. But maybe not precisely what the Navy currently dreams of getting.
The global debt load is about to take a massive jump and NATO members such as Italy, are unlikely to push more funding to military programs in the short term. Will Russia and China take advantage of this? It’s doubtful. China was having its worst economic year in the past 47 before they experienced the accidental release from their bug factory. And business with the rest of the world is about to become more difficult for them despite their blustering rhetoric.
It’s not just the debt, it’s the collapse of oil prices, the economic impact of the Chinese Plague, and the fragility of global supply chains. The Buy American movement and the pressure to relocate overseas manufacturing to the Western Hemisphere is about to get intense. There is a new normal, if you haven’t noticed. The stock market lost a third of its value in two weeks, and nobody knows where the bottom is. And nobody is sure what that new normal will be. But it won’t be smooth sailing for quite some time. Don’t quit your day job.