Obama’s Spy in his Spy Agency 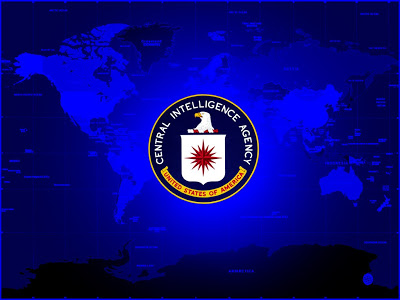 Why did Barack Obama chose Avril Haines, a woman with no CIA experience for the No. 2 position at CIA?
He needs a personal spy inside of CIA to keep an eye on things and let him know what ‘s going on. Is it paranoia or a healthy dose of survival security for the President, whose administration has been racked with scandal from ACORN in his first term – through the NSA domestic spying scandal (last week).
Avril Haines faces considerable skepticism among the ranks as an overly legalistic, risk averse, political puppet of the seated president. The US Intelligence Community is awash in a sea of attorneys these days. Some will say that’s a very good thing. Others may differ. The FBI hires a lot of attorneys. The Culture at CIA used to be different. I realize that Wild Bill Donovan (first director of the Office of Strategic Services and later, CIA) was an attorney and that the early Agency did have attorneys involved, but they were clearly lawyers of a different nature. These lawyers are not operators the way their predecessors were.
Haines will replace Michael Morell, booted by the Obama Administration as being politically incorrect, though he announced his retirement after more than three decades in the CIA to spend time with family.  You will call that the Obama administration called on Mr. Morell to ‘doctor the Benghazi talking points’.

Morell was an Obama ally. His ouster suggests that the President’s allies are allies of convenience only. Before his 2010 nomination as Deputy Director, Morell served as Director for Intelligence, a position he had held since 2008. Before that, he served as the CIA’s first Associate Deputy Director from 2006 to 2008.

In May 2010, Morell was sworn in as DDCI. He served his first stint as Acting Director of the Central Intelligence Agency, following the appointment of Leon Panetta as Secretary of Defense. On November 9, 2012, Morell once again became Acting Director after David Petraeus following sex scandal, conveniently falling on the heels of the Benghazi Scandal. (always a bridesmaid, never a bride) Obama chose John Brennan, as director, passing over Morell yet again.

Forget about the women angle, or the lawyer piece, or, for that matter, Haines’s lack of agency experience, says Philip Mudd, former deputy director of the CIA’s Counterterrorist Center. With Mr. Brennan and Haines in the top two jobs, the CIA has a direct pipeline to the White House.

“I think this underscores the relevance of the CIA in the post-9/11 era,” Mudd says. “You want people with firepower there – and that’s political firepower. Because the White House needs that agency in ways they’ve never needed it before.”

At the White House, Haines served as deputy assistant to the president and deputy counsel to the president for national security affairs. Haines is not subject to Senate confirmation in the new post. She joins the ranks of Valerie Jarrett, Eric Holder, Jay Carney and other puppets in her new position of power.