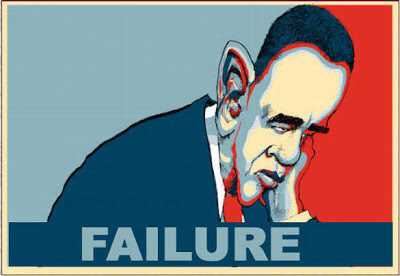 Barack Hussein Obama has been the President of the United States for a year and a half now. What do we have to show for it?

ObamaCare – a declining standard of healthcare, an increase in insurance premiums and a disincentive for medical professionals to practice – for the sake of ten million people who were receiving or eligible to receive Medicaid anyway.  The US Government takes over the Healthcare Industry, 20% of the US Economy. Congress signs the bill without having it available to read it first.

General Motors – back room deals with union power brokers led to the US Government taking over General Motors. Today with the IPO of a restructured GM, the taxpayers are holding the bag for a loss if they sell their interest in the company. No company is too big to fail, but Obama fired the CEO of General Motors and put his own man in place — the first time in US History that an American President fired a corporate CEO. 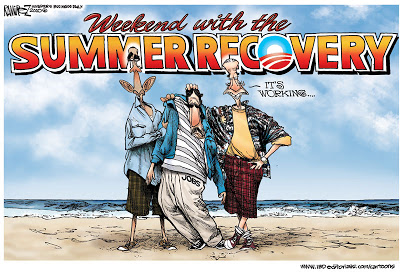 The Stimulus – nearly a trillion dollars were siphoned off to Democratic Party pet projects, pork barrel money to wealthy Democratic contributors and no visible impact on the US Economy. Congress signs the bill without having it available to read it first. 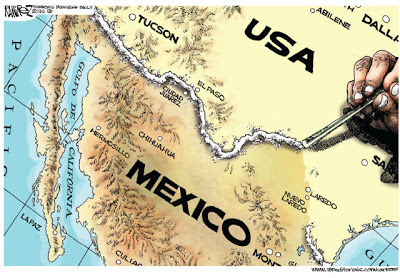 Illegal Aliens – thousands of square miles of Arizona have been virtually ceded to narcotics mafia groups, human traffickers and illegal aliens. The US Government posts signs warning US Citizens NOT to travel in those portions of the US for their own safety. Arizona reacts with SB1070 and the US Government attacks Arizona, not the drug mafia.

Iran – Obama dithers while Iran constructs and prepares to deploy nuclear weapons designed to strike Israel, an American ally. As the Iranians perfect delivery systems for the weapons, the US Administration responds weakly and ineffectively.

Ground Zero Victory Mosque – the US Government supports construction of a “victory mosque” at the site of the World Trade Center attack on 9/11. The WTC site is still a hole in the ground and the 15 story mosque will tower over it – scheduled to open next year on September 11.

Gulf Oil Spill – the US Government dithers while hundreds of thousands of crude oil spills into the Gulf of Mexico. Their response: “If we do anything, it will be said that we could have done something, so we will do nothing.” Months later something is done — but only because of mounting political pressure.

US Justice Department – enacts a policy in the Civil Rights Division that no black suspects will be investigated or prosecuted. DOJ Attorneys resign in protest and go public. Race becomes a large issue again. 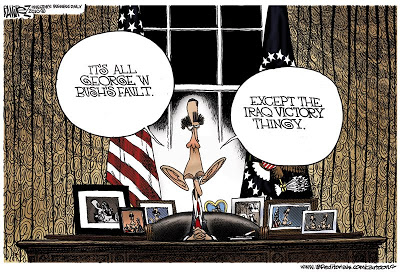 The War on Terror – is re-designated an “overseas contingency operation” by the US Government. Terrorist who set bombs on aircraft and in American cities are designated only as “criminals”. Terrorist activities are now only “criminal events”.

ACORN – an organization favored by Obama is found to be conspiring to commit prostitution, to traffic in underage prostitutes from Mexico and Central America, to be furthering narcotics transactions, to be vote-fixing and to have managed loan applications such that vast fraud existed.

NASA – during troubled budgetary times, Obama directs the Director of NASA to conduct special outreach to Muslims so they’ll feel as if they had some contribution to America’s space program.

That’s quite some legacy. It’s no wonder that Barack Hussein Obama is being called the worst US President in history.

**The Mainstream Media Unflaggingly supports Barack Hussein Obama and would disagree with me on each point on the basis of principle. Unfortunately for them, the bulk of the American people believe they are lying to us.