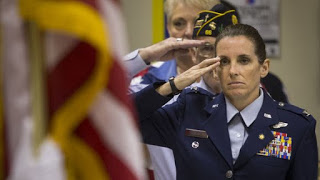 Facebook
Twitter
Pinterest
WhatsApp
Fresh from the Trump Campaign Rally at Costa Mesa, CA, I checked the polling for Donald Trump in the key state of Indiana. Real Clear Politics (average of recent polls) have him at +6 over Cruz.   The most recent poll has Trump up by 9% over Cruz and he appears to be gaining strength going into the Tuesday Primary.  Gov. Pence endorsed Cruz, but praised Trump…strange.

I learned not to trust polls implicitly. The last time that I did that, I ended up owning Mr. & Mrs. Adrienne a dinner (that I still have yet to make good on).

The latest polling for the June 7th Republican Primary shows Trump +27 in New Jersey and the Fox News Poll has Trump +27 in California. Which means that those states, rich in delegates – likely to swing even more heavily toward Trump in the coming month, should put him over the 1237 mark, destroying the GOP elite’s dream of a contested convention where they can nominate Mitt Romney or Carl Rove as a “white knight” to save the Party from the likes of Trump and Cruz.
Kasich has Ohio to offer, but at this point, I doubt that Trump cares.
Here are a few politicians that I really like and who would make excellent people to be elevated in a Trump Administration. Are you listening Donald? (crickets)

She has limited political experience but is trustworthy and takes no prisoners. Secretary of Homeland Security?

Senator Tom Cotton (R-AR) US Army, Captain,  combat tours in Iraq and Afghanistan, Harvard graduate, very smart, a very fast study and shares conservative values. He was a congressman and now he’s a junior senator but he is one to watch. Tom Cotton will likely be president some day. You heard it here first. He’s be an excellent vice president to Donald Trump.

Congressman Duncan Hunter (R-CA) (the younger) is a major in the Marine Corps Reserve with two or three combat tours under his belt. He succeeded his father in representing the 50th Congressional District. He was the first member of congress to endorse Donald Trump. He is beloved of the West Coast SEAL Teams, and is a true patriot.
While I think that he’s doing an excellent job in congress, I think that it’s time for him to move into a senior slot into the Defense or State Department. We need more combat veterans in leadership roles in the executive branch of government.