The struggles between Persia/Iran and the rest of the Middle East and the world are just about as old as time itself. Persia was not well served by the coming of Islam, but came it did and we’re stuck with it. The Persians have suffered from an inferiority complex for a long time. The decision to build an atomic bomb has a lot to do with re-capturing what they feel is lost glory. Their march of manifest destiny requires them to occupy Jerusalem, Medina and Mecca, naturally, killing everyone in those locations who does not adhere to Shi’ah Islam.
I’ve included a chart that indicates critical differences between Sunni and Shi’ah Islam. 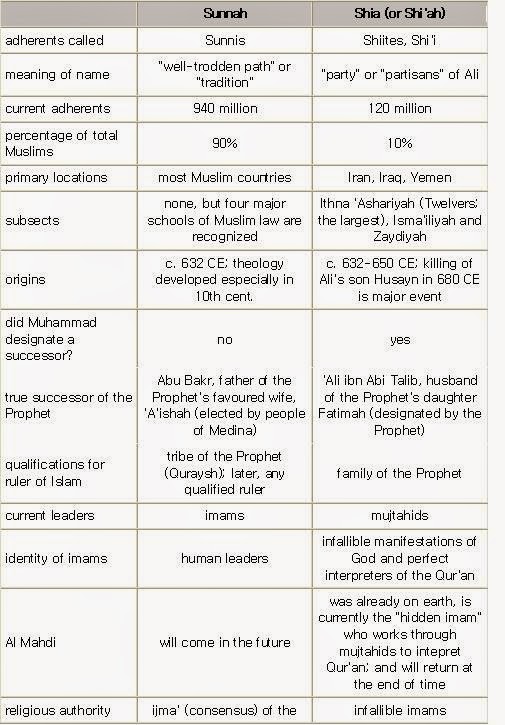 A Nuclear armed Iran means that the Saudis (sunni Muslims) require their own nuclear arsenal to match the Shi’ah threat…and the world will get more dangerous than it has been. The push and pull between aggressive shi’ah backed and funded by Iran and the sunni factions played out in Yemen recently and they are continuing to evolve as the shi’ah move to ‘rule’ the Middle East. 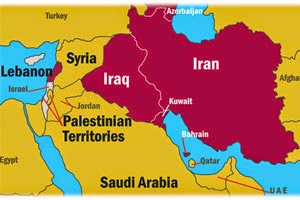 The credible threat of Iranian nuclear weapons is something that Iran will not back down from. They really can’t in their march to rule the world. The US intelligence community understands this very clearly. President Obama should also if he reads his intelligence briefings (who knows?). Iran, the old Persian Empire, will play for time until they can do a nuclear test to show the world that they have the bomb. That’s what’s happening now.
Then the Saudis (who will likely buy nuclear weapons from sunni Pakistan) will light one off too in a test and show of Islamic will.
Where is America in all of this?