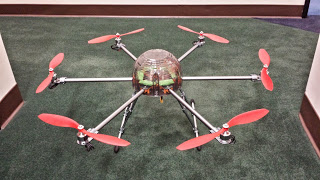 Facebook
Twitter
Pinterest
WhatsApp
The world of robotics is taking a move toward smaller, less expensive and affordable. Whether it’s the exciting new world of ultralight arial vehicles (UAV’s) at Ashima Devices, which takes their inspiration from robotics designed from space flight and applies them to affordable commercial and industrial applications or it’s OpenROV (video below) that takes the average person down 1,000 feet underwater in a Remote Operating Vehicle (ROV).
Both Ashima Devices and OpenROV (completely separate companies with separate visions) began with curiosity and private initiatives. By comparison, consider Apple Computer’s genesis in a garage and you’re on the mark. They are are examples of world-changing robotics that are affordable.
The world is not getting smaller, exploration is becoming affordable to everyone, not just those who are funded by big government money. Curiosity is being rewarded by affordability.  And it’s exciting.
There is just about nothing more fun to me than strapping on SCUBA and going diving. But the human body has limitations in personal explorations. With this new robotic device, the ROV’s put literally anyone with $850 in the position to go anywhere underwater up to 1,000 feet in depth, anywhere on the planet.
Bored with fishing? Kick the ROV over the side and see for yourself what’s going on down there. It’s one of those things that young men and women can do to become aquanauts in their local lakes, littoral oceans or rivers.