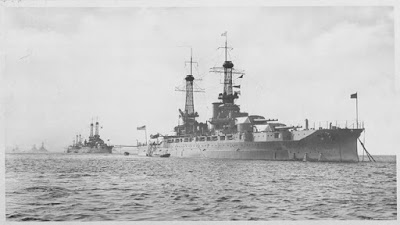 Arizona Governor Doug Ducey touted the announcement Monday afternoon. “This ship and the name, ‘USS Arizona,’ hold special meaning for our country, its history and the people of Arizona — and today, that legacy begins a new chapter,” Ducey said in a statement Monday.
Since the battleship Arizona is still commissioned at the bottom of Pearl Harbor, there’s going to have to be some razzle dazzle to change things, but all in all, it’s a good move. 1,177 of its crew members died when the Arizona was sunk in the Japanese attack on Pearl Harbor.
The next USS Arizona will be a Virginia (774) Class nuclear powered attack submarine (SSN).  I wonder whether or not I can scam a seat at the commissioning?