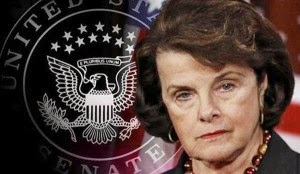 Facebook
Twitter
Pinterest
WhatsApp
US Postal Service Real Estate Scandal
Senator Dianne Feinstein (D-CA) chairs the Senate Rules Committee. She is also chairwoman of the Interior, Environment and Related Agencies subcommittee, but for six years she served as the top Democrat on the Military Construction, Veterans Affairs, and Related Agencies (or “Milcon”) sub-committee, where she may have directed more than $1 billion to companies controlled by her husband.
The problems stem from her subcommittee activities from 2001 to late 2005, when she quit. During that period the public record suggests she knowingly took part in decisions that eventually put millions of dollars into her husband’s pocket — the classic conflict of interest that exploited her position and power to channel money to her husband’s companies.

In other words, it appears Sen. Feinstein was up to her ears in the same sort of conduct that landed Congressman Randy “Duke” Cunningham (R-CA) in prison.

A nabob is an Anglo-Indian term for an East India Company servant who had become wealthy through corrupt trade and other practices.

(LINK) It’s about 76-year-old millionaire Richard Blum, husband of 79-year-old millionaire Sen. Dianne Feinstein (D-Calif), who’s set to make millions of dollars in commission from the sale of 60 United States Postal Service buildings — buildings that were constructed with taxpayer dollars.
The email has been authenticated by the left-leaning Snopes to be TRUE.
Is the FBI investigating? How many people are doing the investigation? What is the Obama Justice Department doing to move this investigation forward? What is the White House doing to block the investigation? WHERE IS THE MAINSTREAM MEDIA?