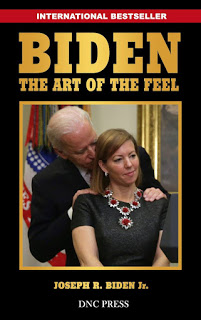 Facebook
Twitter
Pinterest
WhatsApp
Border Closure (US/Mexico)
I’m standing by to see if that applies to the foot bridge between US/Mexico that leads from San Ysidro directly to the Tijuana Airport… The question is whether the pending directive from President Trump is a total closure or a partial closure. I usually fly out of Tijuana to destinations south of the Border rather than the US. Less hassle…usually.
Mexico isn’t doing much to stem the flow of illegal aliens from Central America, and the New Mexican Administration (communists) have offered Mexico as a sanctuary country in a recent move. Some of the Guatemalans, Hondurans, El Salvidorans stay in Mexico, but for many, it’s a step closer to the USA (land of the Big PX). Shutting the border creates havoc with Mexico. 80% of all Mexican exports (mostly agricultural) end up in the US. So if the food can’t cross, it rots, and Mexicans are out the money.
Mexicans are not happy with President Trump, but he is concerned with Making America Great, not with Mexico’s situation, or with the mess in Central America. The Mexicans blame America’s policies in the 1980’s and before on the situation in Central America, BUT, hold on sunshine. That’s not the whole story. They are (mainly) just communist talking points.
Build the wall; lock Her up; MAGA! America first. Accept only qualified immigrants who will improve America.
Biden

The donkeys are rallying around Slow Joe, whose inappropriate  and unwanted behavior toward many women while he served in the White House is legendary. Will the #me too movement support Biden no matter what? What will the pink cat hat women say if Biden (an old perv) is the party’s choice?
Some like the old communist, Bernie Sanders, say that Biden should be forgiven. Really? When was that progressive? Is forgiveness the new standard of #me too? If so, maybe Harvey Weinstein should be tapped to serve as Biden’s Vice President! Their conduct should be labeled as the “new normal” by the hypocrites on the left.
Meanwhile, the progressives, seeking ‘mature and responsible’ candidates are pivoting to Robert Francis (Beto) O’Rorque, the fake Mexican – and some would assert also a fake Texan. Beto can stand on a table in a bar and gesture his way through a campaign speech, and Biden would get dizzy and fall so there you go. Bob’s your uncle…