Facebook
Twitter
Pinterest
WhatsApp
The Arab world is suffering a crisis of humiliation. Over the past century their armies have routed not only by Americans, the British, French and Turks, but also by tiny, Jewish Israel.

Arthur Koestler said, “The Arab world has not, in the last 500 years or so, produced much besides rugs, dirty postcards, elaborations on the belly-dance esthetic and, of course, some innovative terrorist practices. They have no science to speak of, no art, hardly any industry save oil (and they hire others to pull it out of the ground for them), very little literature, and portentous music which consists largely of lugubrious songs celebrating the slaughter of Jews.”

Now that the Arabs have acquired national consciousness, and they compare their societies to other nations, these deficiencies become painfully evident, particularly to the upper-class Arab kids who attend foreign universities. There they learn about the accomplishments of Christians, Jews, and women. And yet, with the exception of Edward Said, there is scarcely a contemporary Arab name in the bunch. No wonder, then, that major recruitment to al-Qaeda’s ranks takes place among Arab university students. And no wonder that suicide bombing becomes their tactic of choice: it is a last-ditch, desperate way of asserting at least one scrap of superiority—a spiritual superiority—over the materialistic, shameful West.
Some assert that the changes set in train by modernization are particularly toxic to the Arabs. No doubt this is true. Besides sharpening their sense of inferiority relative to the West, modernization threatens to bring about the liberation of women (as in Afghanistan and Iraq) threatens their culture because the self-esteem of Arab males is in large part predicated on the inferior position of their women. The Arab nations have for the most part lost their slaves and dhimmis, the subject peoples onto whose persons the stigmata of shame could be downloaded. But anyone who has spent time among them knows that Arab males have not lost their psychological need for social and sexual inferiors.

“In the absence of slaves and captive peoples, Arab women are elected for the special role of the inferior who, by definition, lacks honor. Arab men eradicate shame and bolster their shaky self-esteem by imposing the shameful qualities of the dhimmi, submission and passivity, upon women. Trailing a humbled woman behind them, Arab men can walk the walk of the true macho man.” 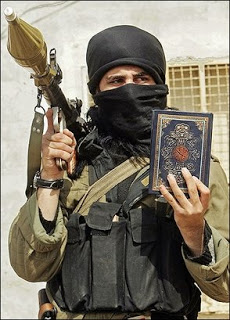 The Arab world has stunted the female half of its brain pool, while the men acquire instant self-esteem not by real accomplishment, but by the mere fact of being men, rather than women. No wonder, then, that the Arab nations feel irrationally threatened by the very existence of Israel. Like America, the Jews have brought the reality of the liberated woman into the very heart of the Middle East, into dar al-Islam itself. Big Satan and Little Satan: the champions of Muslim women.
The Arabic culture of fanaticism, bizarre behavior in the name of “honor”; and simultaneously the cultural oppression, subjugation, and humiliation of women and others perceived as “weak” (and therefore “shameful”) has become (yet another) hallmark of their failure to achieve anything noteworthy besides living in a place with a sea of oil under the sand.
The sad truth is that if there was no oil under the sand, nobody would care the slightest about the Arabs, what little they can claim in the way of culture and their dubious footprint on history. As it is they’ve made themselves into a shameful smudge on the pages of history. It can be reversed, but not without admitting that a 180 degree course correction is desirable. And I don’t see that coming any time soon.