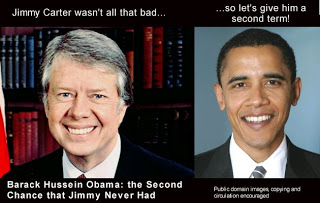 Facebook
Twitter
Pinterest
WhatsApp
I can only tolerate so much quibbling over the US Budget before my brain simply forces me to shift gears while the politicians posture, puff and build their personal fortunes.

But I want to fire a shot across the bow at those passive aggressive political creatures like Noam Chomsky, Jimmy Carter, and Barack Hussein Obama who build their careers on enabling evil. Thus begins my rant.

There is a strange sort of populist authoritarianism that has become all the rage in intellectual circles. The Left – and Obama in particular – have an way of locking arms with the mainstream media and applauding dictators who are swept into power by the “poor”, who can always be counted on to cheer the empty promises of a tyrant offering an easy way out of poverty. Their mantra is always blaming the condition of the ‘poor’ on the usual scapegoats: the ‘rich’, America, Israel and capitalism. That those dictator’s reigns inevitably turn to misery and bloodshed are ignored.

How many millions have the devastating socialist experiments of the last century killed? A quarter billion might be a good number to start with when we consider:

I’m discouraged to see this whole pattern cheered on by the American Administration with the likes of Hugo Chavez and Evo Morales who are building their head of steam to reach their full anti-human potential. Why are we seeing this happen over again once more? Didn’t the world learn with a quarter billion crushed lives? The short answer is, no. It seems not.
Barack Obama’s mother’s milk was socialism, class envy, and a genuine hatred of the system that propelled him into office. So I guess that I shouldn’t be surprised. The revolutionary myth, like religion, continue to thrive in an environment where even a hundred proofs of abject failure are insufficient to wean us from those primordial illusions that some (Obama, Carter, etc.) wish so profoundly to be true. After all, who doesn’t want to see the wicked and arrogant put in their place? Who among the downtrodden and dispossessed can fail to be stirred by the promise of a world in which all men are equal and each has what he needs?
Obama paints himself (in his own mind) as one who offers a socialistic (apocalypse) option where he stands charismatically promising revolutionary defiance to the poor’s oppressors. His promise to “fundamentally change and rearrange America” is proof enough of those intentions.
However socialism isn’t a quick fix for anyone’s social ills, no matter how much it’s cherished by the mainstream media, progressives and the enablers of evil. And when you are persuaded that it might be, let those numbers – a quarter of a billion lives – and uncounted human misery roll around in your mind for a while.