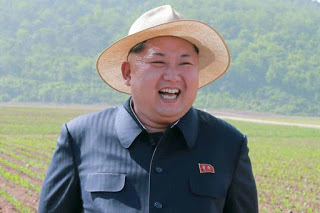 Facebook
Twitter
Pinterest
WhatsApp
DPRK-CHINA
A source reported that Chinese authorities ordered a stop to all shipments of coal to North Korea starting 1 March. The source said the move could be a Chinese measure to sanction the North for its nuclear test and rocket launch.

The reported stoppage order has not been carried in other open source materials that I read as part of my daily ‘message traffic’ consumption. I have seen China stop coal shipments on several occasions in the past because North Korea often failed to return the rail cars and used them in place of its own decrepit rolling stock. China stopped shipping coal until the cars, sometimes hundreds of them, were returned.

That is a sounder explanation for a coal shipment stoppage than sanctions. North Korea also never pays on time for the coal it receives from China. And the Chinese will continue to behave as Chinese – because they really don’t like to give any more charity to the DPRK than they have to.
From time to time China also reduced the supply of crude oil piped to North Korea when it has failed to pay the bills. Sometimes stoppages have coincided with strained diplomatic or party relations, but most of the time energy stoppages proved to have been business decisions.
While the DPRK is like a red-headed stepchild to the Chinese, it’s THEIR red-headed stepchild. They’re used to blood thirsty, fat little dictators (like Mao) and have a warm place in their heart for people like that.
BOOM
Several news services reported that on 21 February the terrorist group Ahrar al-Sham claimed that one of its car bombs killed a number of Russian generals at a gathering on a military base near Latakia City. They posted video imagery of the attack.
The Russian media has not commented on those reports. The number and the identity of people killed, if any, was not detailed in the report. If the Ahrar al-Sham version of the incident is accurate, the Russians suffered a severe security breach which led to a major blow to Russian military leadership. The bombers had to have had inside help. The Ahrar al-Sham statement said the announcement of the attack was delayed a few days so the bombers could escape—another indication of a well-prepared operation with inside help.
If confirmed, this would be the most serious Russian loss since the arrival of the Russian expeditionary forces. It will reinforce Russian determination to continue its air campaign against those whom it considers to be terrorists, even if they are hiding among people who are not. Welcome to the Middle East, Vladimir.
PUNDITRY
And the American Mainstream Media doesn’t carry much about anything except the pundit’s desire to see Donald Trump stopped in his march to the White House. They seem to be poised to watch The Donald throw puppies into a wood-chipper or something so that the public will turn on him. So far, the public supports Sanders and Trump because they hate the Washington establishment so much. It reminds me of the City of Brass.

They chose themselves prophets and priests of minute understanding,
Men swift to see done, and outrun, their extremest commanding –
Of the tribe which describe with a jibe the perversions of Justice –
Panders avowed to the crowd whatsoever its lust is.

And nobody typifies the Washington insiders more completely than John (Swiftboat) Kerry, the rising star in the Democratic Party’s firmament (yes, once again).

Kerry reliably told a number of worried Democratic elite that he’s looking forward to “tearing Trump a new one” on the debate stage. I say, “Bring it!” Reality television at its finest. It’s much better than “The Apprentice” and I’m looking forward to Donald telling Kerry, “you’re fired.”

IS “THE OLD BOOT” IN JEOPARDY? 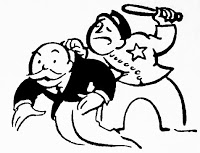 Mandarins in the Democratic Party are bracing for an indictment of their favorite daughter, the  repellant, old, reptilian, Hillary Clinton. As Fox News reports below, the legal review process is ongoing.  As suggested above, there will be a rule change within the DNC selection process that will replace former SECSTATE Hillary with the current SECSTATE (and former presidential contender), John Kerry, husband of billionairess Theresa Hinds Kerry, who could bankroll his run for office, yet again.

(Fox News) “If the FBI makes the case that Hillary Clinton mishandled classified information and put America’s security at risk, will you prosecute the case?” Republican Congressman John Carter asked Lynch during a budget hearing.

“Do you know of any efforts underway to undermine the FBI’s investigation? And please look the American people in the eye and tell us what your position is as you are the chief prosecutor of the United States,” Carter pressed.

Lynch replied, “…that matter is being handled by career independent law enforcement agents, FBI agents as well as the career independent attorneys in the Department of Justice. They follow the evidence, they look at the law and they’ll make a recommendation to me when the time is appropriate,”
She confirmed that the FBI criminal investigation is ongoing, and no recommendation or referral on possible charges had been made to her.

Barack made closing the US Military Prison at Guantanamo Bay, Cuba a cornerstone of his legacy. He would love to return the facility and all US Territory on the Island of Cuba to the Castro Brothers. In order to do that, he needs Congress to effect a law that would allow all of the terrorists in the prison to be transferred to a new, billion dollar (yet to be built) in the USA.

Congress, which enjoys a warm and loving relationship with Barack has said, “No”. Which leaves Barack with a cell phone and a pen to make things happen. It remains to be seen what he is able to manage, but nobody really cares about him anymore. Not even his own people, who are out scrambling to figure out what they’re going to do next, when he rides off into the Hawaiian sunset to become a malignant hector, totally irrelevant and ignored, in much the same way as Jimmy Carter did.