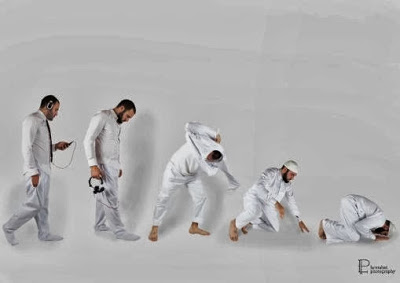 This year, school officials decided to renovate space in Loras Hall, a century-old office building that used to be part of the seminary, and install separate wash stations in the men’s and women’s restrooms, at a cost of about $60,000. Known as “Wudu” stations, they have stools and faucets designed to make it easy to wash both hands and feet.

The Catholic school is nothing if not ‘progressive.

(Star Tribune) Terence Nichols, a professor of theology, says he’s not that surprised that Muslim students would feel comfortable at St. Thomas. “There’s been a growth of Muslim students across the country in Catholic universities,” said Nichols, who is co-director of the Muslim-Christian Dialogue Center. Why? “Because we take religion seriously, and they’re accepted.”

Lori Friedman, director of International Student Services at St. Thomas, agrees. “In a Catholic university, faith is pretty important in general,” she said. “Our Muslim students feel that they can have their faith valued here as well, and be respected.”

Imagine a world in Tehran or perhaps in Mecca, where the same accommodation would be afforded.

“They didn’t have to do this,” said Alowayyid, who will finish her studies in December. “But they did it, which I appreciate.”

Asked if she could imagine a Saudi university doing the same for visiting Christians, she replied: “Not in your wildest dreams. Sorry to say, but that’s the truth. That’s reality. There is no other faith, other than Islam, that’s practiced in Saudi Arabia.”

This is not an anti-Islamic rant. I can only comment from personal observations and those of others that Islam seems to be intent on taking – and taking, without ever giving anything in return. And when you ask them to stop taking, they are offend and put out a fatwa (Islamic legal opinion) suggesting that all good Muslims should work diligently to end your life.
That the Catholics of St. Thomas have decided to ignore this speaks to sheep who ignore the sheep dogs and make friends with wolves.