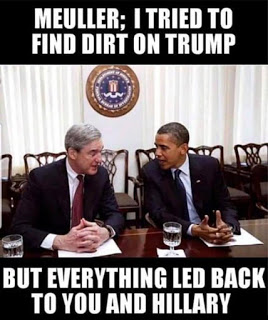 None of this is really news. Those of us who followed the story of the Obama White House un-masking names from wiretaps in the hopes of dirtying up the Trump Administration, were saying. Sure, Barack was helping out Crooked Hillary (lock Her up).

Political spying (see Watergate) has been forbidden in Washington DC for a long time. It’s one of those toxic things that always seem to come out.
In the old days (see Watergate) the elite media followed the breadcrumbs to the source (Nixon, Dean, Libby, etc.) and people were held to account. Today, the elite media is the “lying, smug, sly, filthy, corrupt,” elite media, which gets its daily talking points from the even more corrupt and filthy Democrat National Committee.
The deep state was allowed to flourish, multiply, and the feeding trough was very deep, allowing a lot of people to lap from it. The Globalists (Bush Dynasty, the Clintons, Obama was a puppet who went along for the ride, Rockefeller money, etc.) thought that the American people would keep up their charade, but it didn’t happen like that. Barack’s administration – and his legacy – was primarily based on his executive orders. They were rescinded in a few weeks, and now America is rolling back horrible trade deals, scams and schemes thanks to President Trump. The GNP is booming, and China’s is withering. All of those bribes, all of those kickbacks to the Clinton Foundation were a waste of time and money.
And with President Trump poised to declassify the rot and corruption, the roaches are scuttling for cover. You know that Sleepy Joe will be wrapped up in it.

Now there is proof? 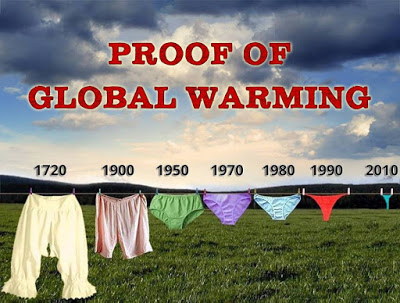 The graphic does have some merit to it.
Pigs in the Neighborhood 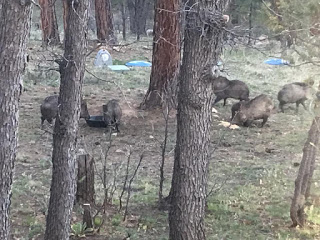 This photo of a family of javalina was sent to me by a neighbor a mile or so distant. I commented that I hadn’t seen any around this spring. I guess that they are birthing like crazy.

Yes, they’re destructive. They’re sort of a cross between a genuine tusker and a pet pot bellied pig. But they’re not good eating unless you marinate them in wine for a week and then pit BBQ them. The tough pork eventually loosens up and the flavor isn’t too bad if you add BBQ sauce.

I don’t think that there is a javelina season out here, but I haven’t checked. There should be no bag limit, open season for the destructive little beasts.

There are usually bears as well, but I haven’t seen any in the neighborhood, and there have not been any reported in the vicinity. Bears are sort of like giant javelina except that they have claws and can tear stuff apart. These are black bears, not griz.