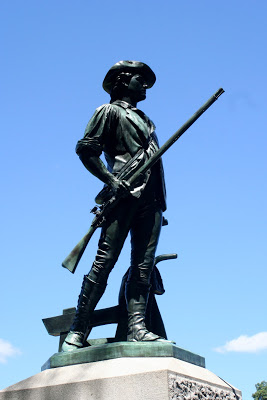 Facebook
Twitter
Pinterest
WhatsApp
“Either you think, or else others have to think for you and take power from you, pervert and discipline your natural tastes, civilize and sterilize you.”
–F. Scott Fitzgerald, Tender is the Night

The concept of a sovereign individual traces itself back through history to English Common Law where a man’s home is presumed to be his castle. Today it is the antithesis of the progressive movement toward socialized and homogenized life built around the politically correct trend of the moment.
Personal sovereignty would seem to include commitments to individual rights, including the right of self-defense, which would include the right to be armed. The Founders built these rights of the individual into the Bill of Rights and the ideas are hardly new. The problem with personal rights are that they are a thinking person’s domain. The lemmings who lap up every bit of propaganda and pronounce it as true seem to be more comfortable wrapped in the arms of the Nanny State. They would opt to trade their sovereignty for the false reassurance of a ‘caring government’.
Sovereign individuals often cling to the notion that government is the servant of all, rather than the master. It was an odd concept in 1776, and if you buy what the mainstream media sells, it’s just as odd today. Some would caveat the Constitution as outmoded and well past any point of being useful.
Recently, there has been a resurgence of these concepts, which have been best embodied by the Tea Part movement. Naturally, progressives feel slighted. Socialists do not believe in the concept of property in one’s own person, expressed as the moral or natural right of a person to be the exclusive controller of his own body and life. They prefer to be parasitic and to feed on those who would exercise personal sovereignty.
ObamaCare seeks to supplant the right of people NOT to choose to have socialized medicine by taxing everyone for a service that they may or may not want at the moment of birth. There are a legion of problems with ObamaCare, but that is the greatest and most insidious bomb embedded within the 2000 page bill.
This is simply a Sunday Morning Rant… and a warning.