Making Sense of It All? (no not really) 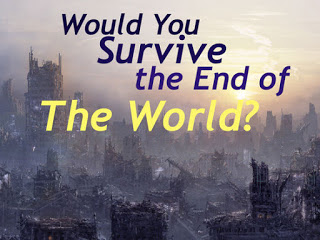 (link) Prepare, by doing whatever you’d do to prepare for THE END. I hate to mock these folks, but there’s always somebody with a new idea based on some weird abstraction. The Jesus-face on a tortilla that the Mexicans worship EVERY SINGLE EASTER is far more compelling on the compelling scale – mainly because you can fold some queso and fresh, hot, crispy, carnitas into the tortilla along with some chopped onion and cilantro and have a burrito.

(Or you can go to Karen’s at Itasca, TX where you’ll get a delicious burrito without the Jesus face burned onto it).

And since Pope Francis has assured the world that there is no Satan and no Hell, will that make you feel better about seeing all this go up in smoke?
WWIII
The only thing that the Democrats want now that Russia is no longer a communist state and is a Christian nation, is that it be destroyed. What a reversal from my youth when they loved the place back in the old USSR days.
Premise 1: NOTHING in Syria is worth a pile of dog crap.
Premise 2: We should let the Russians have Syria, who cares? Sure, Iran will move in and throw the al Qaeda people out but we have no friends in Syria (see #1 above).
Let’s run this down:
On 11 April, First Deputy Chief of the Russian General Staff’s Main Operations Department Lieutenant General Viktor Poznikhir said that the supposed 7 April chemical attack in the Douma district had been staged and filmed by the Western-backed White Helmets organization.

General Poznikhir added that the White Helmets had made several failed attempts to stage chemical attacks during the recent battle in the Eastern Ghouta region.
A World Health Organization official repeated the allegation that 500 Syrians in Douma had been treated for symptoms of exposure to chemicals. Russian General Poznikhir told reporters Russian military officials had contacted Syrian Red Crescent officials and the staff of the local office of the UN coordinator in Syria, who are part of the humanitarian operation in Eastern Ghouta on site, to identify the location of those reportedly affected by the gas attack. “None of them has any confirmation of what the World Health Organization official said.”
He also disclosed that the Syrian Arab Army (SAA) had discovered toxic agents in an underground workshop of the militants during its operations in Eastern Ghouta. “On 3 March, the militants’ workshop was found in an underground tunnel in Hazrama. Makeshift ammunition pieces were charged with poisonous agents there.”
Anticipating a US, French and UK attack. Russian naval forces have departed Tartus for a live fire exercise off Cyprus. The live fire training was scheduled for 11 and 12 April. A notice to airman has been issued.
In Syria, the Syrian air force also has dispersed its aircraft.
The Russian ambassador to Lebanon issued the threat that the Russians would intercept US missiles and target their launchers. Other than the ambassador’s statement, Russian officials have stopped talking to the media about the Russian response to an attack. Ambassador Zasypkin in Beirut said a clash should be ruled out.
Western media commentary is nearly hysterical about the prospects for a clash between US and Russian forces. Some pundits are warning of a Third World War when they’re not talking about Stormy Daniels.
I judge the Russians will understand the US President’s tweets as warnings to the Russians to protect their people and assets in order to avoid casualties and damage from a US attack.
Should the US attack Syria? It’s a waste of money and there’s no definitive proof of a gas attack assuming that Assad would be dumb enough to do that on the eve of a US departure from the area.