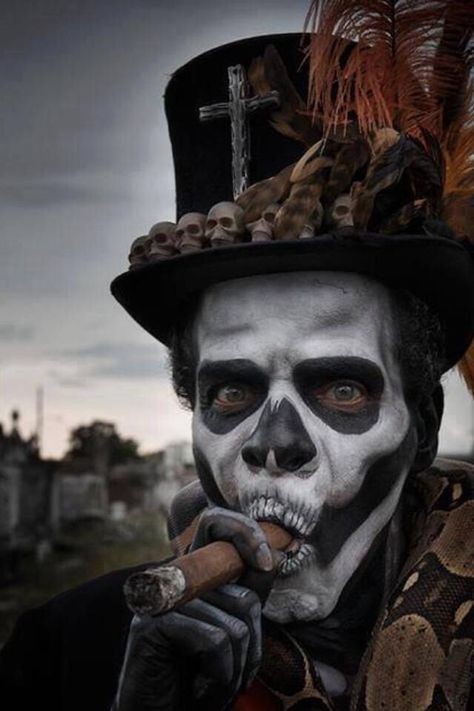 Apparently there is some connection to the Chinese Plague. Don’t ask me how all that works, I’ve never had much of an interest in it. You can explain that voodoo-that-you-do in comments if you’d like. I think that the little plastic skulls on his hat are made in China. 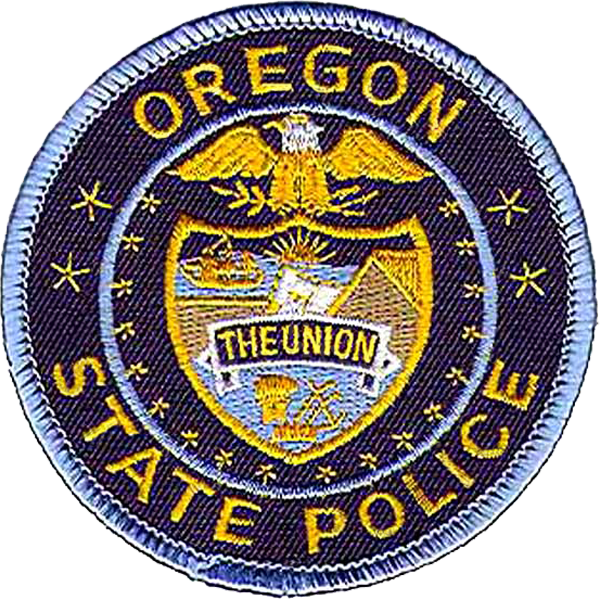 The people of Portland should be happy that the Oregon State Police are leaving the city to its own devices.

The rationale is that since looters, arsonists and rioters are being coddled by the local courts and are being encouraged by local elected leaders, their work in Portland is over.

Who can blame them? They haven’t been defunded yet, but “yet” is the operative word.

Let the riots continue until Portland has burned to the ground – is the rallying cry of the Portland residents. It’s quite something. There was a time when it was a nice area. 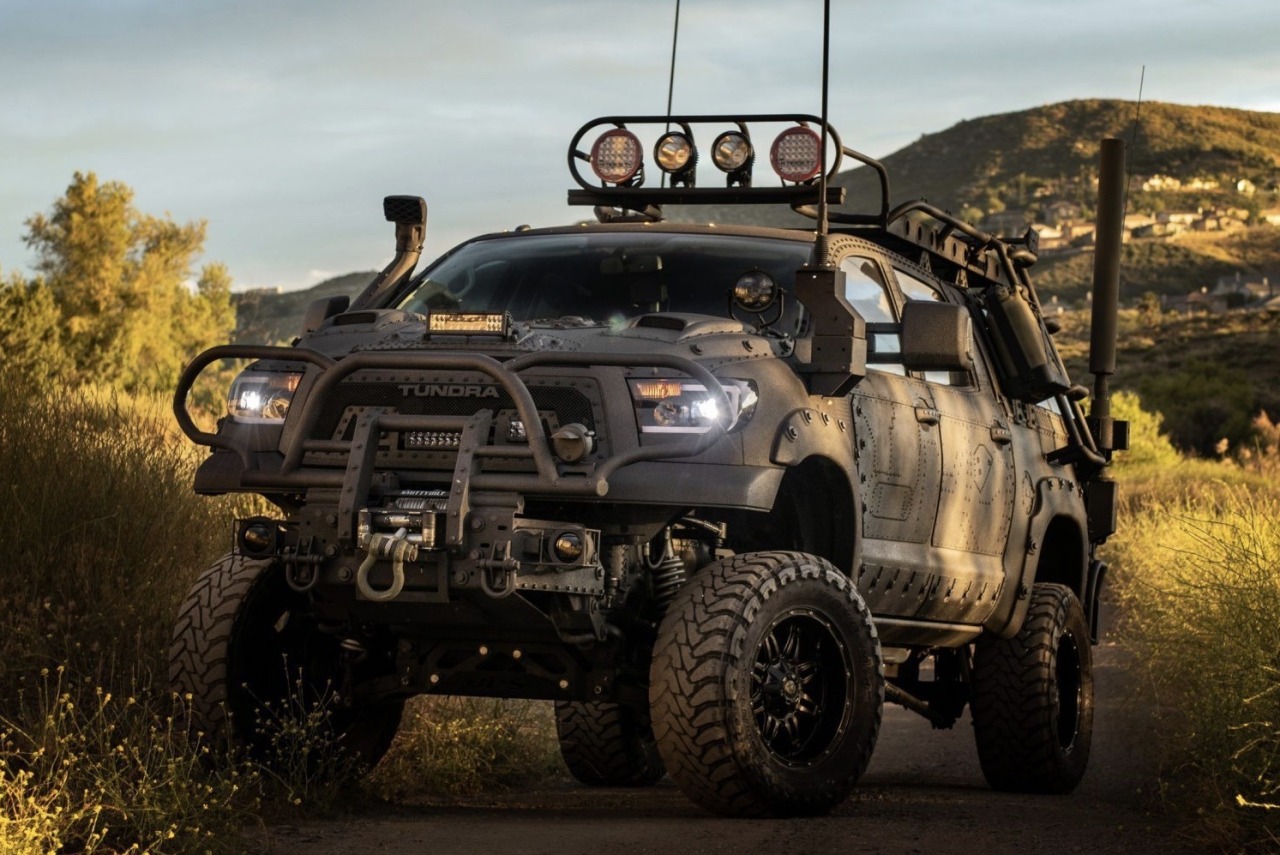 Is it taking a theme too far? 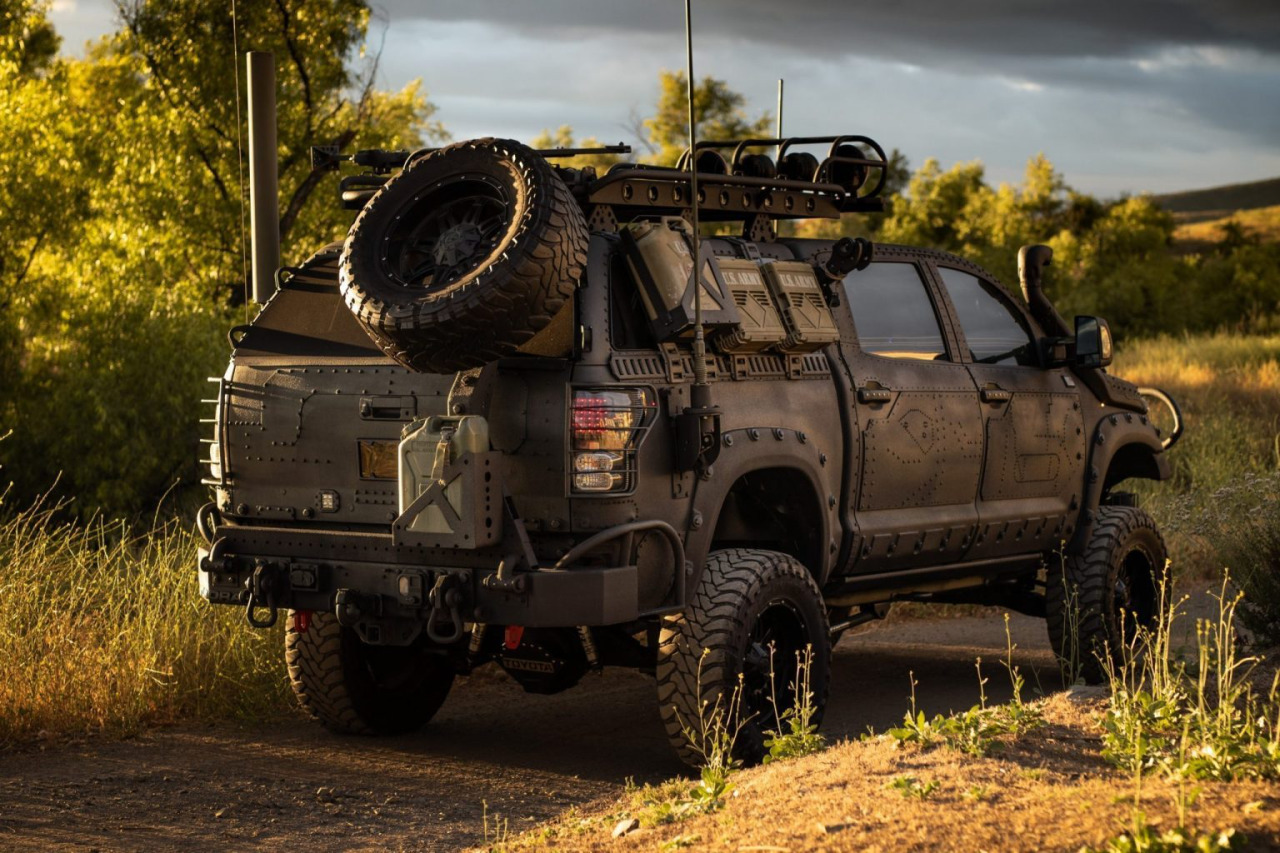 In the area where I live, this would constitute normal after market upgrades. Those rear light guards are a real bitch to install. Ask my how I know that. And the high center-of-gravity swing arm that the tire is mounted too may end up breaking off. You can ask me how I know about that sort of thing too.

But it still begs the question of too much bling? 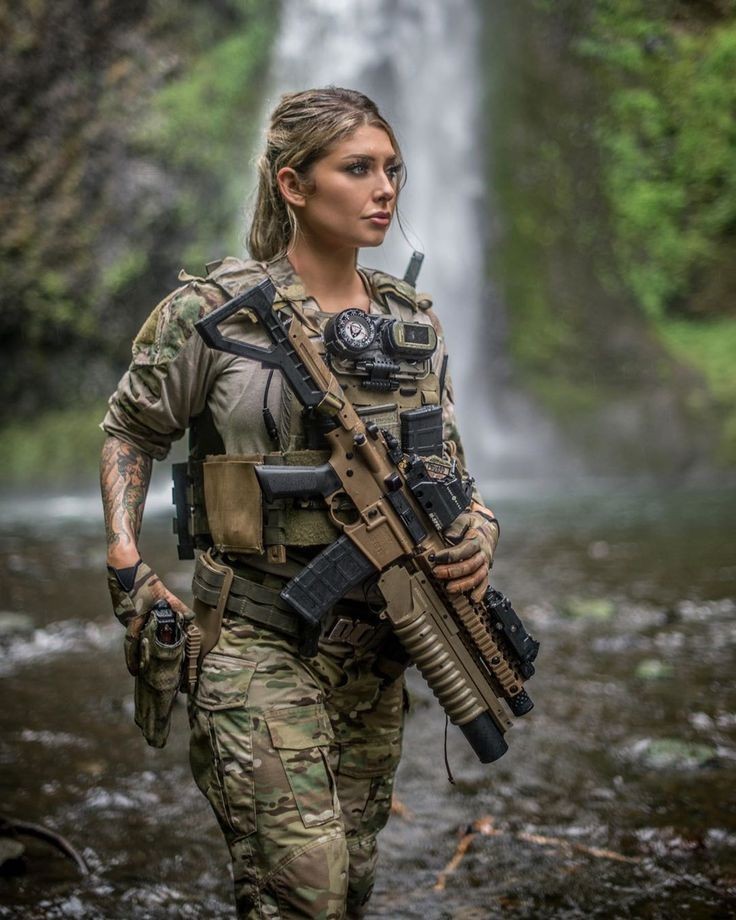 The warrior above, wearing make-up for the photo op, has too much ink and some bling. The Tizanos, below, does not. No ink, no bling. 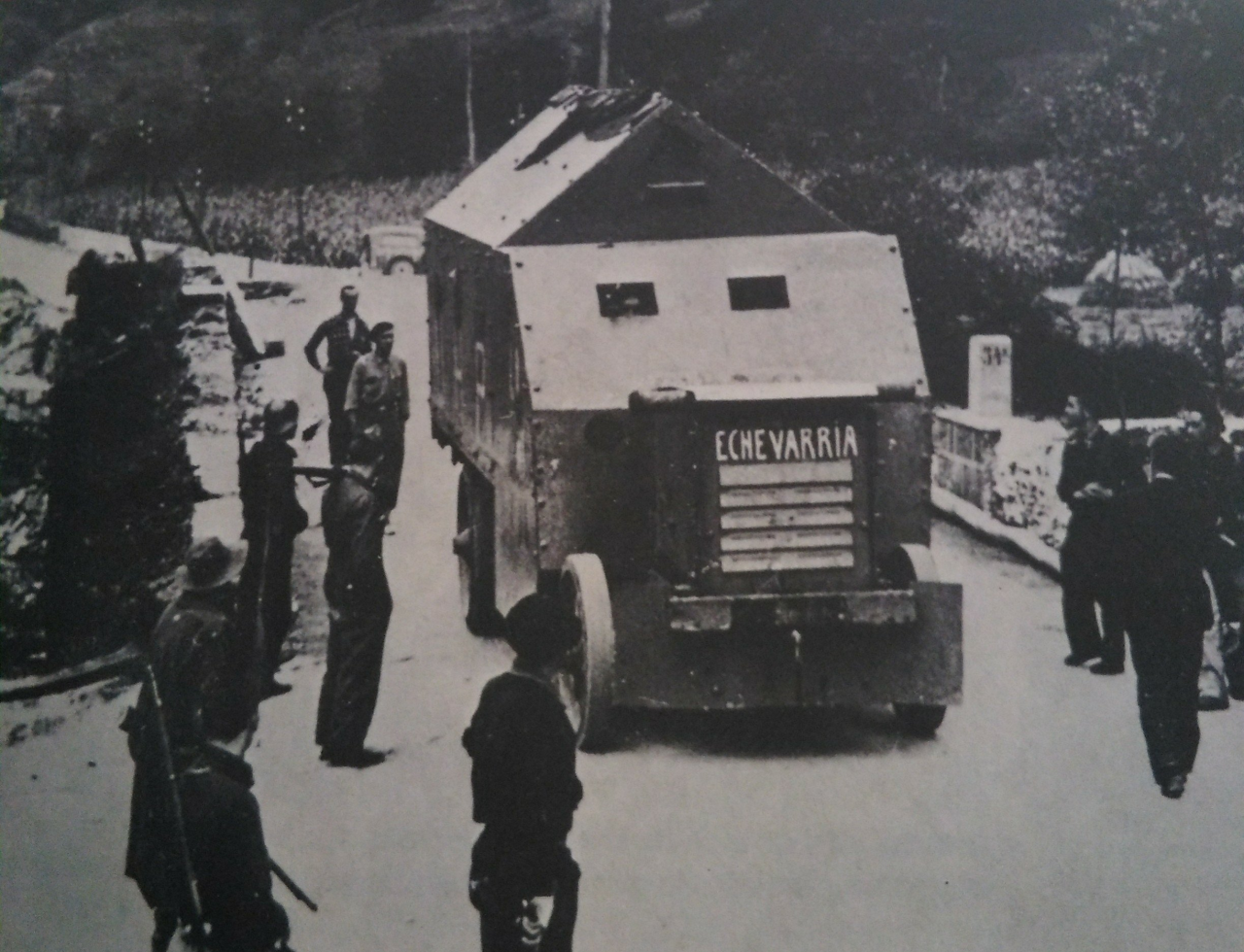 A Ferrol #1, Armored Car, also called a Tiznaos (from the adjective tiznado – sooty/smokey). The Ferrol armored vehicles were made during Spanish Civil War (1936-1939). They lacked bling. They were ugly as a mud fence and not much good against armor piercing ammunition. 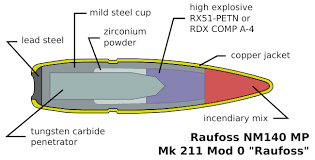 You can get some interesting .50 BMG bling rounds that do cool things. But I digress. This started out by chatting about a Tundra with some bling, didn’t it?

How do you say “Quiet” in Mandarin? 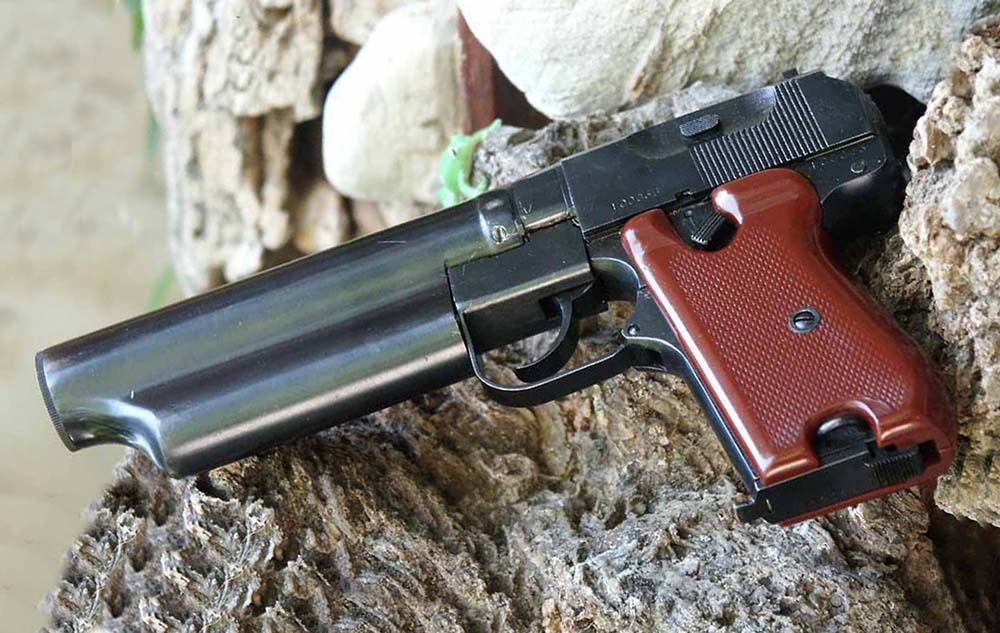 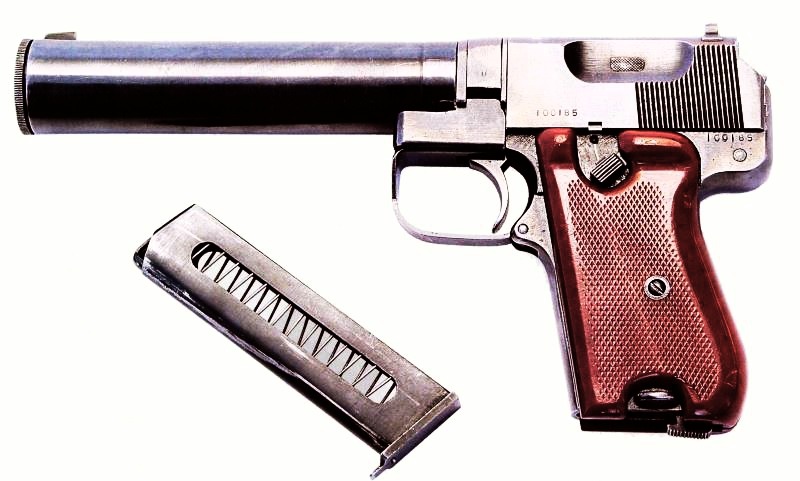 Communist countries as a whole seem to have a lot of fun designing silent pistols from scratch. Both the Type 64 and its evolutionary successor, the type 67 used modified rimless versions of .32ACP rounds going through an integral suppressor containing wire mesh, baffles and rubber wipes. Although they were semi-automatic designs, a crossbar in the slide allowed it to be locked in place, getting rid of any noise that would otherwise come from the action cycling. For those of you who have used or currently use silenced weapons, this can be important since the cycling weapon is louder than the discharge of the subsonic cartridge.

The trigger guard was slotted into the suppressor to keep it indexed properly. Because of a design flaw, the trigger assembly needs to be taken apart and cleaned regularly if the weapon is to retain its silent effectiveness.

In World War One 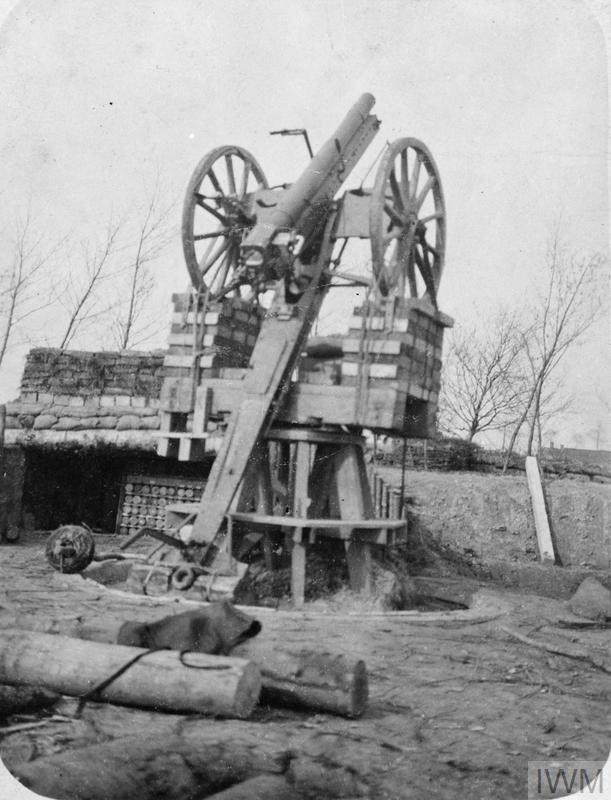 This is a 7.7 cm German field gun on an improvised anti-aircraft mounting structure. Both sides in that war found technology to be moving faster than they were able to keep up with it. Early anti-aircraft efforts which allowed a standard artillery piece to be fired “up” required innovation. 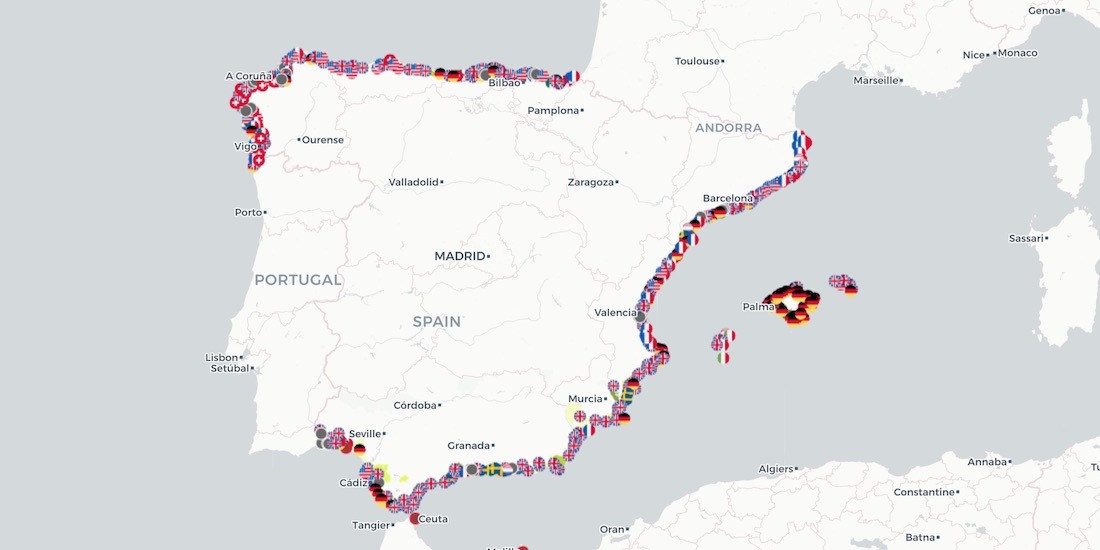 (click to enlarge) Where Do Expats Invest in Property on the Spanish Coast? You rarely see Americans hanging out on the beaches in Spain, but it’s a magnet for Europeans. I generally take a hard pass on Spain for that reason. Rhodes is nice, so is Malta. Crete is quiet but I know people there and can stay with them. They’re a lot better off than I am and they have a couple guest villas on the beach for freeloaders like me. 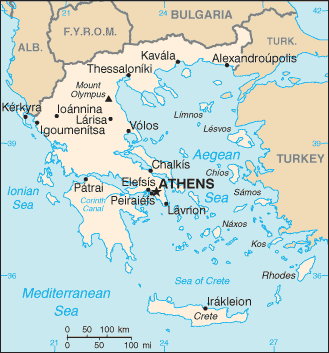