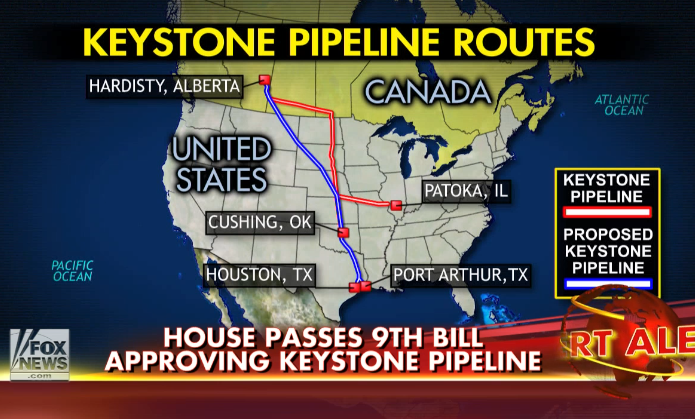 The House voted today to approve the Keystone XL Pipeline, sending the bill to the Senate for a showdown vote next week that could put the legislation on President Obama’s desk for the very first time. The bill could go to the U.S. Senate as early as Tuesday of next week.
There is support for this measure from both Democrats and Republicans — and the Senate is confident that it has the sixty votes necessary to overturn a presidential veto. The people voted to break the Washington gridlock, and they may get what they want. 31 Democrats crossed party lines to vote for the measure today in the House and it passed 252 to 161.