Land Wars in Asia and ISIL 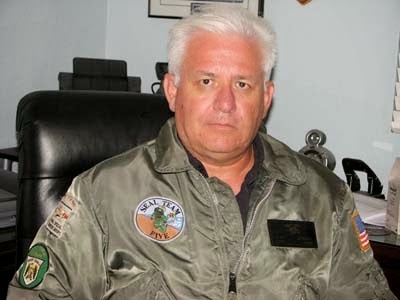 Facebook
Twitter
Pinterest
WhatsApp
Some USGOV people recently approached me on a subject in Asia. They said that they were seeking advice. What they sought was a rubber stamp from a man who is completely irrelevant these days. Which makes no sense unless you move or have moved in those circles. The person who sat next to me in the meeting (because these days I bring one or more witnesses) was a friend who is also an NBC station manager.
After the meeting, the friend and witness asked, “What are those people? Twelve years old?”
I replied, “Always thus. Light the fuse and run.”

Afghanistan
British and US Marine Corps combat forces withdrew from two key bases in Helmand Province today. Neither announced the withdrawals and handovers of the bases to Afghan forces because of security concerns. The British withdrawal terminates the British combat mission in Afghanistan. Handing the bases to the Afghan Army is just like handing them to the jihadis. That is the end to the blood and treasure.
After 13 years of fighting, Helmand remains a Taliban stronghold. Western nations can not afford the cost of combat forces and the time required to pacify Helmand. As Taliban leader Mullah Omar planned in 2001 when he ran to Pakistan, the Taliban have outwaited the foreigners…again.
ISIL (was Iraq)
Iraqi forces counterattacked (slowly) in the Jurf Sakhar region, south of Baghdad to improve security for pilgrims during the coming Shiite observances.
The pace of both Kurdish and government forces in launching counter-attacks is glacial. The extent of the ISIL threat from south of Baghdad has not been described in detail, but it seems less serious than the threat from ISIL forces west of Baghdad, who already are within artillery range of Baghdad’s suburbs.
In the north, Kurdish success depends on overhead artillery (bombing) missions from US aircraft. The Turkish backed Free Syrian Army has joined with the Pesh Merga in the Mosul area to fight against ISIL. To the extent that the Free Syrian Army is a cat’s paw of Turkey, it is only time before they turn on the Kurds and back stab them. Hey, don’t worry it’s Iraq. All of this can be predicted in the future and it doesn’t take a trained chimp to read those tea leaves.

The borders of Iraq were established by Great Britain. A wise man once said, “Never ascribe to malice what can be adequately explained by stupidity,” and this wisdom impels one to consider Percy Cox, the man who authored the blueprint for Iraq, to be one of the biggest idiots in world history. The boundaries of the new nation were the kind of clueless blunder that can only be the result of true ineptitude. For example, the borders resulted in coherent tribal regions being divided between Iraq and bordering nations. In other places, obvious natural boundaries were ignored in favor of straight-line borders, hastily drawn by placing a straght-edge on a map.

The Arab Spring
Despite what Hillary  (the Bitch of Benghazi) crowed, the Arab Spring was not about politics. It was about chronic unemployment and economic factors that reached a tipping point. That means that the same general creeps that were in power, will be back in power. Islamic nations do not want democracy. They (and particularly the young) want jobs and goods. They can’t understand the linkage between democracy and prosperity — likely because they are Arab Muslims.
Tunisia is holding elections and the Islamist Party is likely to gain control of the country. I’m not going to rant further. It would be interesting if the US State Department didn’t put its management in the hands of children who just graduated from Harvard and Yale, but what do I know?
History
There is plenty of historical precedent if only people would read. Einstein said that the definition of insanity was doing the same thing over and over and hoping for a different result.

The people of England have been led in [Iraq] into a trap from which it will be hard to escape with dignity and Honor. They have been tricked into it by a steady withholding of information. The Baghdad communiqués are belated, insincere, incomplete. Things have been far worse than we have been told, our administration more bloody and inefficient than the public knows. It is a disgrace to our imperial record, and may soon be too inflamed for any ordinary cure. We are to-day not far from a disaster.
T.E. Lawrence (aka Lawrence of Arabia)
A Report on Mesopotamia, 22 August, 1920 [ref]

Any competent consultant will tell you that sometimes a project can be so irredeemable that repairing the problems is virtually impossible — or at least much harder than starting it over.

Hours later, in the bar at the hotel, the same consultant will tell you that almost no one takes this advice because they are stuck in the belief that all the cost and work invested so far has to be worth something — it’s has to be better than nothing.

Iraq is one of those projects. Worse yet, there are reasons why some of the people who could help fix it don’t want it fixed; when those people announce an intention to fix it, their motives should be questioned and the details of their plan demanded up front.