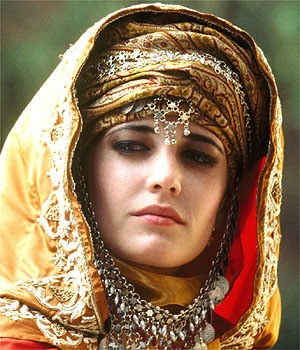 It’s Easter Sunday and I wanted to share a message that is a bit different than those that you’ll find bouncing around the Internet today. If nothing else, Easter provides hope and the promise of value in atonement for sins. This film is not about atonement, and it’s not about sin, but Scott’s efforts here do explore how different people view sin and virtue from their own perspectives and you come away with a sense of virtue that we can all agree on.

There are many values that are explored in this film and they are explored in ways that I find very interesting, quite apart from the usual Hollywood drivel in much the same way as other films from Ridley Scott such as Gladiator do.

On to the show:

The feature film, Kingdom of Heaven – Director’s Cut, is in my top three of all time. Note that when Ridley Scott filmed the movie, the studio slashed it down to size and in the process, lost most of the meaning. If you liked the movie, you’ll love the Director’s Cut.

The film is about many things, but the focus is centered in this quote:

A king may move a man, a father may claim a son, but that man can also move himself, and only then does that man truly begin his own game. Remember that howsoever you are played or by whom, your soul is in your keeping alone, even though those who presume to play you be kings or men of power. When you stand before God, you cannot say, “But I was told by others to do thus,” or that virtue was not convenient at the time. This will not suffice.

Virtue is one of those illusive articles because so much gathers together to define it. In the Director’s Cut, Ridley Scott explores the Sibylla story far more completely than it was in the theatrical release. Married to a man she did not love, she turned to Balian, who eventually became the defender of Jerusalem following the Leper King’s death. Sibylla loses her land to Saladin and the Saracens, her son to leprosy, her husband is taken captive at the battle of Hattin in 1187. In the end, there is only her lover, Balian. It is a well directed and acted film, a compelling (if not quite accurate) telling of historic events and a love story for the ages.