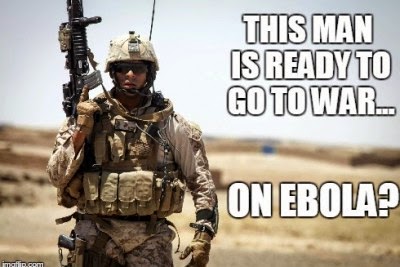 Facebook
Twitter
Pinterest
WhatsApp
What are the priorities in today’s military? It’s different than when I joined in subtle ways. I think that it’s hope and change at work.

Saving Africa — Recruiting posters should show US Soldiers and Marines wearing protective gear, handing out Qurans in Africa (as a symbol of the commander-in-chief’s good will) and giving aid and comfort to ebola victims.
If President Obama makes this a recruiting priority, I think that you’ll see thousands of young men and women clamoring to join the military — even as we draw down the numbers of people in the military by a few hundred thousand and demobilize the “mainstream military”.

Climate Disruption — (Was global warming and global cooling until those were proven to be hoaxes – then was climate change until that was proved to be a hoax too). 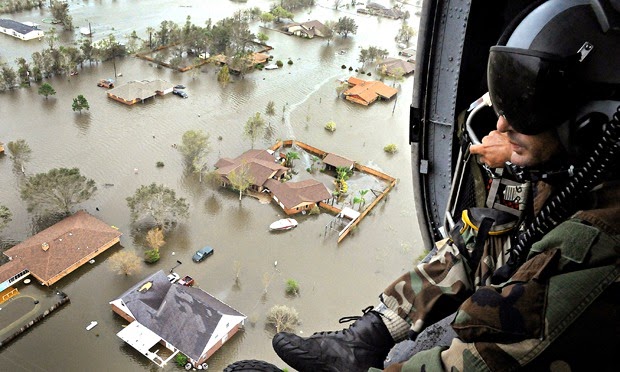 In past epochs, when there was “weather”, it was simply part of military planning. If it rained or if there was a high tide or a storm at sea, there was no sinister agenda involved (unless you watched Dr. No or which-ever of the Bond movies had an evil genius with a weather control machine). Today Defense Secretary Hagel has called ‘climate disruption’ a major military matter that needs to be addressed.
The scene (left) of the military fighting climate disruption — unsuccessfully, might deter people from joining in the battle against mother nature. Then again, we need to keep fighting the weather to make sure that it’s not disrupted, and the front lines are clearly in the military. 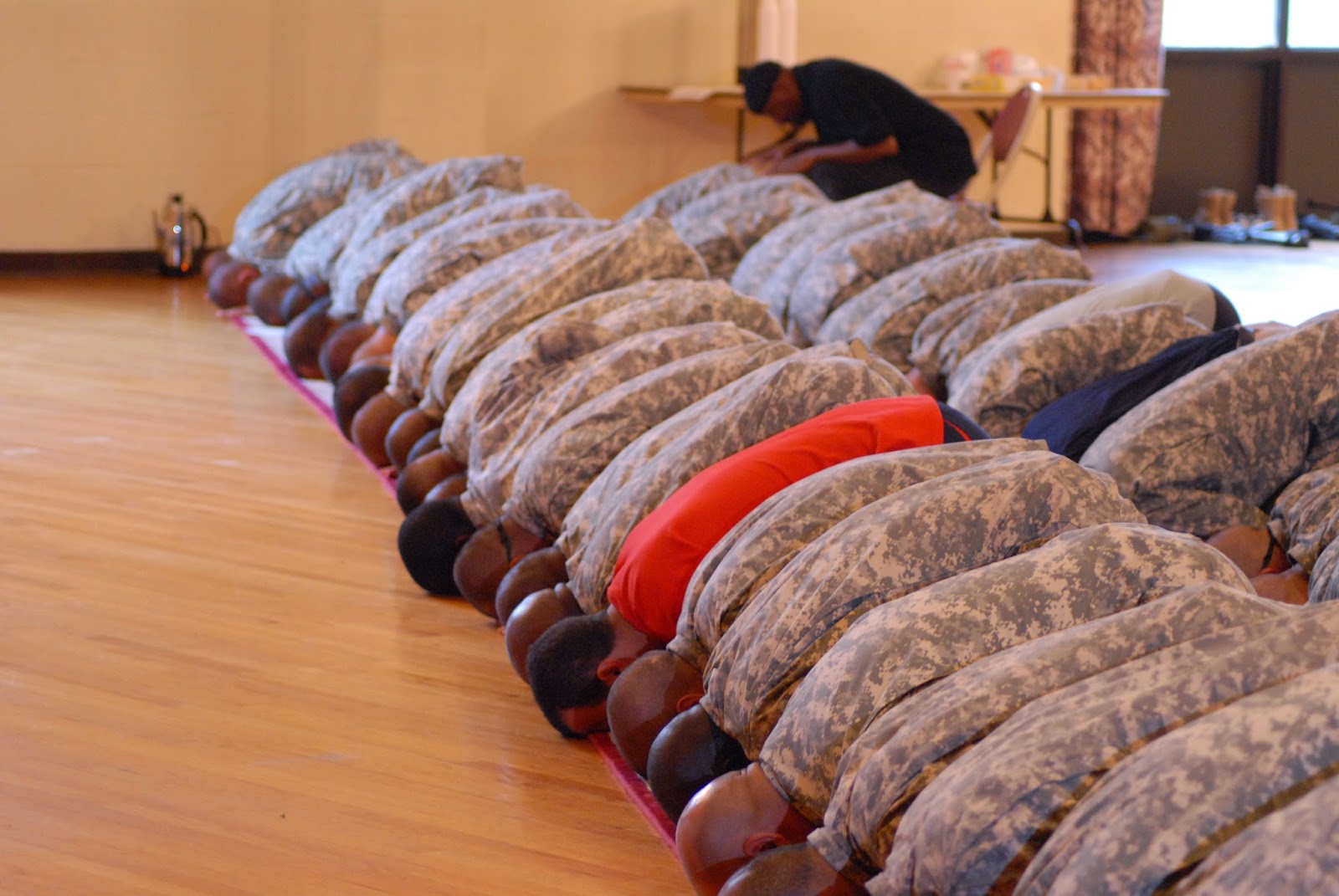 Converting to Islam — The Obama Doctrine of, “if you can’t beat ’em, join ’em” would seem to be well underway in the US Military where a lot more effort is being made to integrate black muslims into the ranks of those serving.
The photo (right) shows negroes in the US Military celebrating the end to Ramadan with their counterparts in Bahrain. The thinking is that the more that the US military pivots in this meaningful way, the more likely that they are to understand ISIL and the need for a Caliphate.
To illustrate the difference between then and now, can you imagine the reaction to US Soldiers wearing Nazi arm bands during World War Two or US Marines and Sailors carrying Mao’s Little Red book as reference material during the Viet Nam War? (OK, Secretary of State Kerry did when he served in Viet Nam, but he was a trend setter). 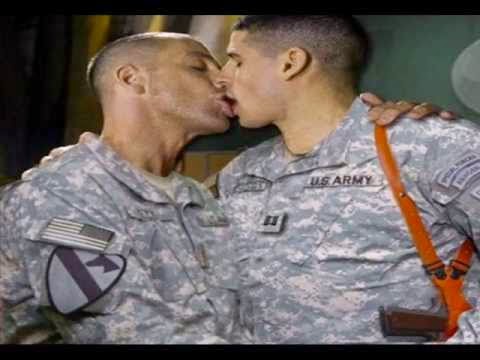 Sodomy in Uniform — You went to jail or were dishonorably discharged back in the dark ages before the enlightenment that President Obama brought to the military.
Today it’s more about “make love not war” but only so long as it’s within your own gender. There have been a number of scandals of a heterosexual nature where senior military officers and officials (General Petraeus comes to mind) were cashiered for having intimate relationships with members of a different gender. That disgrace wouldn’t have happened had they opted for the more socially and politically correct homosexual relationships.
If you are a sexually unfulfilled and unemployed homosexual American, perhaps the best place for you to go and be a professional homosexual is as a member of that protected group in the US Military.