Facebook
Twitter
Pinterest
WhatsApp
JFK Assassination Files
I was not surprised by the revelation of the recently released files that showed President Lyndon B. Johnson to have been a member of the Klu Klux Klan. He’s a southern politician from that era. If you wanted to get elected as a Democrat, you needed to have a sheet with eye holes.

Naturally, it’s a bit embarrassing to Johnson’s legacy and I can’t help but wonder whether or not his Presidential Library will now have a Klan exhibition.
I was never an LBJ fan. His enthusiasm for the Viet Nam War didn’t speak to character, and neither did his “Great Society”. The Great Society was/is a plan to keep negroes poor and dependent on the Democrats for continued benefits (free cheese) and voting for the party that doles it out. It’s in great part responsible for the bleak, soul sucking, inner city ghettos, the failed projects, the horrible narcotics addiction and the multi-generational welfare queens which have continued and have been supported by the rest of the nation. 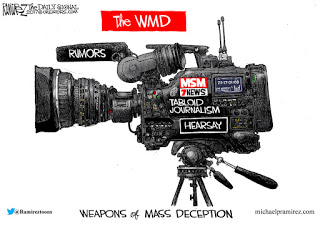 It’s unlikely that we’ll hear much of this on the corrupt, elite, smug, lying mainstream media. I’m sure that they’ll focus on the fact that President Trump ate his breakfast on a linen table cloth.
I wonder what the world would be like if the mainstream media was not a wholly owned subsidiary of the Democrat Party? Imagine a fair and impartial press…wow, what a concept.
Imagine waking up to news broadcasts that weren’t completely faked!
The media perpetually whine about President Trump threatening their freedom to tell the truth and then lie about his “bullying,” “racism,” and everything else he says in public. Will they reflect on the Johnson years – the Klansman President?

The media perpetually whine about Trump threatening their freedom to tell the truth and then lie about his “bullying,” “racism,” and everything else he says in public.