Is a Smaller Intelligence Community a Good Idea? 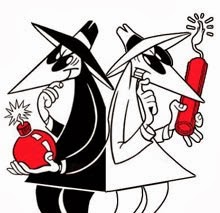 Facebook
Twitter
Pinterest
WhatsApp
The US Intelligence Community has grown to the extent that it is too large to be managed effectively.
Yes, it’s true that intelligence agencies are too secretive, too leaky, they over collect, they underperform, they compete against each other and hide information from each other — and far too often the enemy is a rival agency, not America’s enemies.

There are more people at CIA Headquarters now than there were when the US defeated the Soviet Union in the Cold War. While it can be argued that a multi-polar world, the collection and analysis problem has become more complex — most analysts feel that they get in each other’s way because of the number of people assigned to the same task.
Redundant collection is not a bad thing in and of itself because it tends to self-verify. However at present, the machine over burdens itself. The bloated bureaucracy slows everything down and makes even mundane tasks complex.
See Dr. Bridget R. Nolan PhD – for an examination of An Ethnographic Study of the National Counterterrorism Center” http://media.philly.com/documents/Nolan_Dissertation.PDF Overall, Nolan presents a frank account of life in an intelligence agency of a sort that is otherwise mostly unavailable to the public. She identifies obstacles to the prescribed practice of information sharing, and presents a persuasive critique of the NCTC mission statement. She proposes practical steps — beyond a possible reduction in the size of the IC — for improving performance as well as quality of life in the intelligence community.

For example, she reports that ordinary conversations between NCTC analysts often involve a kind of competitive one-upsmanship, “in which intelligence officers ‘out-correct’ and ‘out-logic’ each other in the course of routine conversation to the point where any increased accuracy in what has been said no longer seems meaningful.”

There are five million cleared people in the US. Each one needs to be reviewed and updated every five to ten years. If the security cleared population were around one million instead of five million, then it would be far more manageable, more effective, and less expensive than it is. But that opinion is not mirrored in government studies, which show that the intelligence community is not nearly big enough. http://www.rand.org/pubs/research_reports/RR114.html It’s so bad in many situations that a person is not even allowed to look at a publication that they authored because it was slipped into a secrecy (SCI) compartment that they didn’t have access to.
The odd spin-off of this is that CIA and FBI have become closer because they have a mutual hatred for NCTC. Both the FBI and the CIA have their own counterterrorism centers and they don’t share liberally with the national clearing house.

Nobody will read this blog and say, “there you go – that’s the answer.”