Is AFRICOM a Boondoggle? 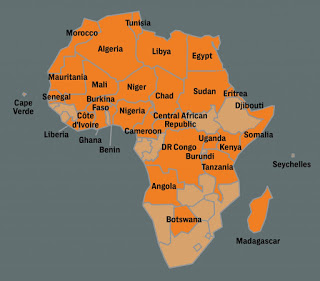 Facebook
Twitter
Pinterest
WhatsApp
Under the Obama Administration (thankfully passing into history) the African Theater of US Military Operations has been formed and has expanded its role. You can look at articles and press releases over the past year (if you’re interested) to get a sense of the breadth of US military involvement in Africa these days.
US Special Operations Command – Africa is a subset of AFRICOM, and is also a subset of US Joint Special Operations Command (JSOC). A large number of US forces engaged in Africa come from that command. They deployed to thirty-three African nations last year (in 2016) – see map. There are 54 countries on the African continent.

In 2016, 17.26% of all U.S. Special Operations forces — Navy SEALs and Green Berets among them — deployed abroad were sent to Africa, according to data supplied to The Intercept by U.S. Special Operations Command. That total ranks second only to the Greater Middle East where the U.S. is waging war against enemies in Afghanistan, Iraq, Syria, and Yemen. 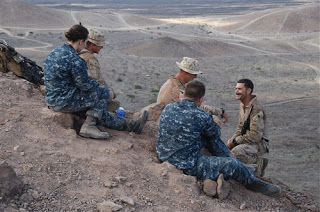 I will be interested to see how that changes under a Trump Administration. Barack Hussein Obama’s personal interest in Africa had an influence on what the US Military did there and also why we did it. The larger question is what vital national interests are served.

(photo left) The utility of US Navy BDU’s is called into question when they are worn in the field in Africa.

It’s useful to conduct training activities with other nations and it’s useful to have a brain trust within the US Military and particularly within JSOC that is familiar with issues peculiar to Africa. Nothing beats experience on the ground. But outside of that, does the US have any vital interests in Africa south of the Mediterranean shoreline? 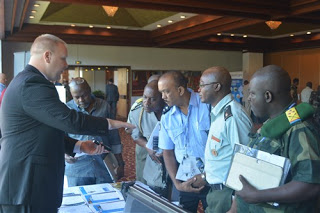 People (important people) made decisions to expand the US footprint in Africa, but I remain unconvinced that there is much value in it other than showing that the US has not turned its back on Africa…and that we’re not racist…and embrace diversity (yada-yada-yada).
The majority of African governments that hosted deployments of U.S. commandos in 2016 have seen their own security forces cited for human rights abuses by the U.S. State Department, including Algeria, Botswana, Burkina Faso, Burundi, Cameroon, Democratic Republic of Congo, Djibouti, Kenya, Mali, Mauritania, Niger, Nigeria, and Tanzania. We also deployed to Sudan (as an ally), which has been labeled a ‘state sponsor of terrorism’ by the US State Department. You could argue that we’re trying to persuade them not to be a state sponsor of terrorism – but good luck with that.

Who would want a Theater Command Headquarters in Africa?

Most of Africa is an unpleasant place full of unpleasant people and there must be a better place to put the theater command, with it’s four-star general and other associated joint command generals and admirals (something like a dozen general officers).

Why not — BAVARIA?
Bavaria has Oktoberfest, tasty beer, delicious wienerschnitzle, attractive women, it’s peaceful (or it was until Germany imported a million military aged Muslim males), and it’s one of the most beautiful places on Earth. 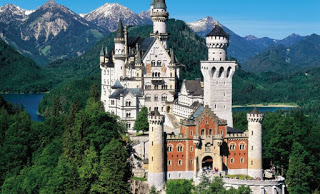 To me, a marginally informed US Citizen, and retired trigger puller, most of this smacks of a boondoggle and a lot of money spent for very little in return. AFRICOM is headquartered at Kelley Barracks in Stuttgart, Germany (a very nice city). In 2010, AFRICOM funded vacations for all fifty state National Guard generals (and their aids) to visit Kelley Barracks and discuss theoretical state National Guard disaster relief to Africa. Generals fly business class or better… 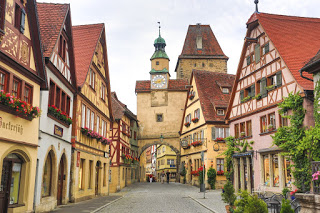 Do we need to maintain a hefty US Navy staff at Stuttgart to brief Army generals, living in the beautiful Bavarian countryside?

How many genuine African experts do we have at Kelley Barracks who actually speak a native African language? Maybe three or four? (though you can usually get by in Africa if you speak English and French with a smattering of Portugese)

Most of the staff living in Bavaria are soldiers on a normal three year rotation and officers who are punching a “joint tour” ticket on their way to higher rank. As a former something-something with an SOC billet, I would clearly not have objected to an accompanied tour in Bavaria. It’s a very nice place. You can spend weekends and holidays touring Europe with the family. I have relatives who live in Bavaria (and further south in Switzerland) and it’s every bit as cool as it looks. 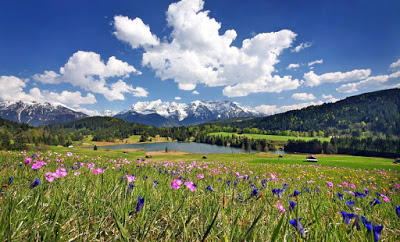 But if the Trump Administration is looking for a place to cut, this is a place to start. You can relocate all relevant command personnel to Naval Support Activity Naples, a United States Navy base, located at Naples Airport in Capodichino, Naples, Italy. It is home to U.S. Naval Forces Europe and the U.S. Sixth Fleet. Close Kelley Barracks and move on. It’s a complete waste of money unless you’re looking for a really nice vacation.

Having AFRICOM justifies generals, staff officers, staff personnel and a bloated budget, but it seems somewhat pointless to me. The US Central Command is located in Tampa, Florida and it’s responsible for the Middle East. If we MUST have AFRICOM, why not locate it in some depressed rust-belt portion of the US where the tax money trickle down into the local economy would be better appreciated? Oh, right, Gary, Indiana isn’t Bavaria.