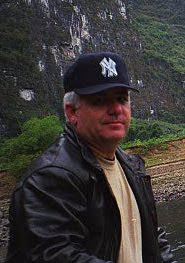 me
I’m trying to decide “who I am” in the context of the liberals who are in power in Washington which means both the government and the mainstream media because you can’t separate them.  They join arms in their universal hatred of Glenn Beck (even though the red phone never rings). They don’t like anything about Sarah Palin even though they always talk about the need to empower women. They behave as if the only way I can become respectable is renounce my US Citizenship, become a fundamentalist Muslim and sneak across the US/Mexico Border illegally.
Ok, let’s lay it out, so we can define who I should be — and if I’m not — then what I am:

If I oppose any policy of barack obama’s and the Democrats, then I am a the worst kind of bigot.

If I am worried about the direction that obama and the Democrats are taking the country, then I am a bigot and a racist.

If I oppose the building of a 911 Victory Mosque and tribute to the martyred hijackers at Ground Zero, but still think there are decent Muslims in the U.S., then I am a bigot and Islamophobic.

If I understand that not all Muslims are terrorists, but that terrorism appears to thrive on the teachings of Islam and Mohammed, then I am a bigot and Islamophobic.

If I happen to think that Sarah Palin is attractive and intelligent, then I am a stupid bigot who is also a sexist.

If I feel that barack obama was NEVER qualified to be president of ANYTHING; and am concerned about his character because he stayed happily in a church run by a verifiable bigot for decades, and find his elitist demagoguery combined with a progressive utopianism, is troubling, then I am a stupid, bigoted, jingoist racist who is NOT Islamophobic — because the liberals say that barack hussein obama isn’t a Muslim – so I can’t be Islamophobic in this instance.

(is your head spinning yet?)

If I think that abortion is a terrible idea and that it should never have been forced down people’s throats by the Federal government, then I am a bigot and a sexist.

If I think that Gay Marriage (not civil unions) might have some unintended consequences on the entire concept of marriage, then I am a bigot and homophobic.

If I think the tea party is a genuine grassroots movement of people who are proud of “clinging to their guns and religion,” then I am a bigot, racist, sexist, homophobic islamophobe.

If I feel that “illegal immigration” should be illegal and that the border should be defended against human traffickers, narcotics cartels, then I am a bigoted, racist, hatemonger.