Home Blog Post Inside/Outsid...
Facebook
Twitter
Pinterest
WhatsApp
Just when you thought that life in the ObamaNation couldn’t get any stranger, now President Obama is trying to cast himself as a Washington outsider. I’m sure that the mainstream media will run with it, but of all of the possible absurdities, this takes the prize. HE IS THE PRESIDENT, the ULTIMATE INSIDER.

“The fact that we haven’t been able to change the tone in Washington is disappointing,” Obama said, in response to a question about his greatest failure. “The most important lesson I’ve learned is you can’t change Washington from the inside. You can only change it from the outside.” (Fox News)

In this same Univision interview, President Obama said that the biggest regret of his presidency was not passing comprehensive immigration reform…  He never introduced a bill on comprehensive immigration reform. The DREAM Act (which didn’t pass) was in no way comprehensive. It only dealt with a very few circumstances where illegal alien children grew up in the US. I know that he’s only going for the vote now – more shameless pandering to Latino people, but are they so stupid as to believe him? Time will tell. 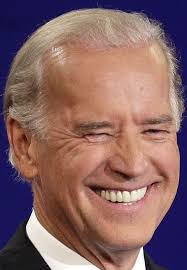 Bringing more Latinos into America will in no way reduce the unemployment rate. But still he claims to be the ‘jobs president’. He can’t have it both ways. You can’t be President for four years, the ultimate insider, and then claim to be the outsider, here to reform government for the next four years. The only way to reform government is to toss out Obama and his cronies. Is he going to win the election and promptly resign (leaving poor old senile Joe Biden in charge)??? From January 3, 1973 – January 15, 2009 in the Senate (who can count the years? It seems like forever), Joe Biden can’t be considered an outsider or a reformer either.
The only outsider is businessman Mitt Romney.
Obama is not bowing out of the race, he’s simply now changing his story and wants to be the champion of “throw the bums out”, hoping that most American’s don’t know that he’s the bum. When you look at the polls, he may be right.