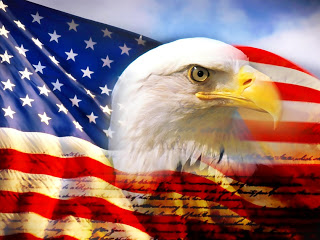 At the close of the Constitutional Convention in 1787, Dr. James McHenry, a Maryland delegate, followed Benjamin Franklin from Independence Hall. He recorded a question asked by a lady, directed at Dr. Franklin.

The lady asked, “Well Doctor, what have we got? A republic or a monarchy?”

“A republic,” replied Dr. Franklin, “if you can keep it.”

There was only a dim hope on the part of the Founding Fathers that America would be able to cling to the rule of law and to the Constitution and the subsequent Bill of Rights. Despite politics that resulted in vast lies to the dispossessed American Indians and repudiation of legal treaties, treatment of Chinese that bordered on barbaric, ignoring the Freedom of Religion by sending the Second US Cavalry to Utah to destroy the Mormons in the years preceding the Civil War/War of Northern Aggression/War of the Rebellion (1857-58), and improper treatment of black people — We kept it together. So far.

The Mormons ended up saving the US Army from starvation during the harsh winter of 1857. The Chinese in America proved to be far more resilient than the European Americans gave them credit for being. American Indians found oil on waste land, opened casinos and though there still remain problems, they’ve worked through many of them. Barack Obama, a negro, was elected to his second term as President of the United States and racism is clearly not the issue that it once was.

Why then is the Bill of Rights under pressure today?

The Right Against Unreasonable Search and Seizure (Fourth Amendment)

The right of the people to be secure in their persons, houses, papers, and effects, against unreasonable searches and seizures, shall not be violated, and no Warrants shall issue, but upon probable cause, supported by Oath or affirmation, and particularly describing the place to be searched, and the persons or things to be seized.

The body of law regarding this right is vast and began immediately after its enactment. But the Washington State Legislature introduced an ‘assault weapon’ ban that included an annual inspection of the homes of people who already own ‘assault weapons’ to insure that they’re being stored correctly. It was authored by State Senator Adam Kline (D-Seattle). Mr. Kline is an attorney.
Washington State’s Constitution guarantees the right to bear arms as does the US Constitution/Bill of Rights. The Supreme Court of the State of Washington has ruled semi-automoatic, magazine fed weapons are Constitutionally protected firearms. Yet the legislation is making its way through system with no outrage by the liberal media. If it should pass, I expect that the Supreme Court would strike it down as unconstitutional, but that it’s even being discussed is disquieting.
It would seem that harassment of people who own firearms legally would be perfectly fine with Washington State Senator Adam Kline. PJ Media suggested that there might be a different reaction by the mainstream press if Arizona legislators were suggesting that the homes of known homosexuals be searched to determine whether or not they held young boys as sex slaves.
The Right to Keep and Bear Arms (Second Amendment)
James Madison relied on the philosophical and political writings of Aristotle, Cicero, John Locke, and others when he crafted the Bill of Rights. English Common Law had a long standing common law right to keep and bear arms.
It is a specifically enumerated right specifically protected by the US Constitution and many state constitutions such that people have a personal right to own arms for individual use, and a collective right to bear arms in a militia.

Similar legal wording to that used by Madison can be found in the Pennsylvania Constitution of 1776 and the English Bill of Rights 1689 which states “Subjects which are Protestants may have Arms for their Defence”.

The types of arms protected by law was not limited. For example, if Madison had intended to do so, he could have enumerated which weapons were and were not included in his vision for America: muskets, musketoons, rifles, blunderbuss’, swords, sabers, daggers, axes, clubs, pistols, shotguns, pikes, etc.   But he didn’t. He as others before him recognized that a free people have a right to protect themselves. It’s not about owning a firearm for hunting or for any other purpose. It’s about personal DEFENSE.

Americans were to be given a personal decision in regard how best
to protect themselves and their families – and would be held
accountable under law for their conduct.
“All men dream, but not equally. Those who dream by night in the dusty recesses of their minds, wake in the day to find that it was vanity: but the dreamers of the day are dangerous men, for they may act on their dreams with open eyes, to make them possible.” – T. E. Lawrence

Many in power in America today, Communists, socialists, progressives, leftists (pick your term) all view those who framed the Constitution and the Bill of Rights to be somehow  –  wrong, about everything. Such is the nature of of those philosophies which have failed to deliver over and over again, racking up hundreds of millions of dead in their failed efforts.  Contrary to their assertions, those visionary men who crafted American Law dreamed big when they decided to mold a Republic that would last. And it will last – we will last – so long as it is a Republic.